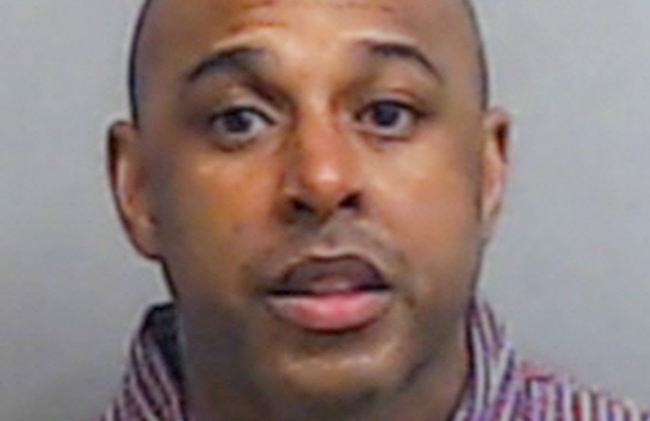 Three days before allegedly shooting and killing a man he had been dating, a gay DeKalb high school teacher was in court facing charges of stealing $100,000 from his church.

McClendon-Thompson (top photo) died hours after the shooting when he crashed his car during a police chase.

McClendon-Thompson, who was a social studies teacher at McNair High School, previously worked part-time as the chief financial officer for Tabernacle Baptist Church.

A church secretary told police that McClendon-Thompson stole $103,843 from the church’s account between November 2015 and April 2018, according to an incident report filed with the Atlanta Police Department in April 2018.

McLendon-Thompson hid the theft by having church financial statements sent to his personal email, according to the report.

Police charged McClendon-Thompson with felony theft by taking and financial transaction card theft, according to the Fulton County Sheriff’s Office. He was arrested March 21 and released from jail two days later after posting $15,000 bond.

On Monday, Jones was shot and killed at the Arrive Perimeter Apartments where he lived, according to the Dunwoody Police Department. Surveillance footage showed McClendon-Thompson coming and going around the time of the shooting, police said.

McClendon-Thompson fled from his Ellenwood home in his car before police could apprehend him. He crashed head-on into a commercial vehicle on Bouldercrest Road and died during the chase, police said.