Gay tally of nominees and faves on Oscar night

“Avatar” and “The Hurt Locker” dominated the field as nominations for the 82nd annual Academy Awards were announced Monday morning, but the gay quotient was far from ignored.

Finally, openly gay Lee Daniels (top photo) was nominated for Best Director for his “Precious: Based on the Novel ‘Push’ by Sapphire.” Daniels was overlooked for the Critics’ Choice and Golden Globe nominations in the same category.

Daniels’ nomination is notable not only for the fact that he is openly gay but African-American as well, a rarity for the Best Director field. Will Daniels bring a date, or be content to hang with his “Precious” cast? And will “Precious” co-star Mariah Carey be at the ceremony?

The film itself, dealing with a pregnant African-American teenager, has six nominations, including Best Actress (Gabourey Sidibe) and Best Supporting Actress (Mo’Nique). Mo’Nique has been cleaning up her category at the other awards ceremonies so far. 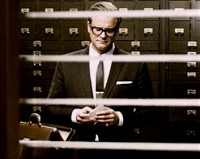 Colin Firth (second photo) received his first Best Actor nomination for his role as a gay man in Tom Ford’s beautiful “A Single Man,” adapted from the Christopher Isherwood novel. Firth has proven over the years that while he’s straight, he’s certainly not shy about playing gay. Alas, Firth’s marvelous co-star Julianne Moore didn’t make the cut in a crowded supporting actress field.

The news was not happy for all the gay favorites, however. A few months ago, “Nine” seemed to be poised to be this year’s “Chicago,” with a killer cast and a solid track record for openly gay director Rob Marshall. Yet lackluster reviews and box-office killed its momentum. 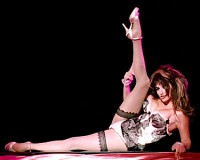 The only major nomination for “Nine” was for the ever-popular Penelope Cruz (bottom photo) in the Supporting Actress category. The movie wasn’t the only heavily hyped film to fall short – Clint Eastwood’s “Invictus” was ignored in many categories, while Peter Jackson’s “The Lovely Bones” has its only shot at gold with supporting actor nominee Stanley Tucci.

A few documentaries with gay appeal, “Every Little Step” (following auditions for the Broadway revival of “A Chorus Line”) and “Valentino: The Last Emperor” (featuring fashion icon Valentino and his male partner), were not nominated for Best Documentary Feature, despite being on the previously announced short list. And celebrated gay director Pedro Almodovar’s “Broken Embraces” wasn’t cited for Best Foreign Film.

For the first time, 10 films are nominated for Best Picture. Last year, the Academy snubbed “The Dark Knight” in the top category, alienating lots of folks. Ratings suffered, and in response, this year the Academy doubled the nominees, opening the door for films such as “District 9” and Pixar’s “Up.” James Cameron’s epic “Avatar” and Kathryn Bigelow’s war film “The Hurt Locker” lead the field with nine nominations apiece.

As always, many of the categories seem to be locks already. Best Supporting Actress is perhaps the most predictable of the night, with Mo’Nique’s TV-throwing mother from hell in “Precious” a likely winner. Christoph Waltz is a heavy Best Supporting Actor favorite for “Inglourious Basterds,” while Jeff Bridges is a sentimental Best Actor choice for “Crazy Heart.” Waltz and Bridges have both swept the other major awards presentations so far.

Other categories are much tighter. Best Picture seems to be a duel between “Avatar” and “The Hurt Locker” with Quentin Tarantino’s “Inglourious Basterds” a potential spoiler. Likewise, James Cameron and Kathryn Bigelow are up for Best Director.

Spicing up matters in the Director category is the fact that Cameron and Bigelow were once married. Bigelow is one of only a handful of women who have ever been nominated and would be the first female to win. Will “king of the world” Cameron have a fit if his ex beats him out?

The most fun category of the night could be the battle for Best Actress. A few months ago, Meryl Streep seemed poised for her third Oscar for her work as Julia Child in “Julie and Julia,” but Sandra Bullock has bulldozed her way to slight favorite via “The Blind Side” and a trio of recent awards.

“The Blind Side” may not be a classic, but it’s the highest grossing film ever headlined by a woman. That fact does not escape Hollywood, who gave it a Best Picture slot to boot. While Streep has more lifetime nominations than any other actor or actress, this is Bullock’s first nomination, and she has long been a gay fave—and rumored beard.

Eye candy should be high for the ceremony. The dapper George Clooney is among the Best Actor nominees for “Up in the Air,” and Brad Pitt will certainly be in attendance with his “Inglourious Basterds” colleagues. Maggie Gyllenhall joined Jeff Bridges as a Supporting Actress nominee for “Crazy Heart,” which hopefully means she’ll bring her luscious hubby Peter Sarsgaard to the ceremony. “Avatar” hunk Sam Worthington will likely be a presenter, and perhaps “Star Trek’s” dreamy Chris Pine can also make an appearance at the podium.

The Oscars air March 7. A full list of nominees can be found at oscars.org.