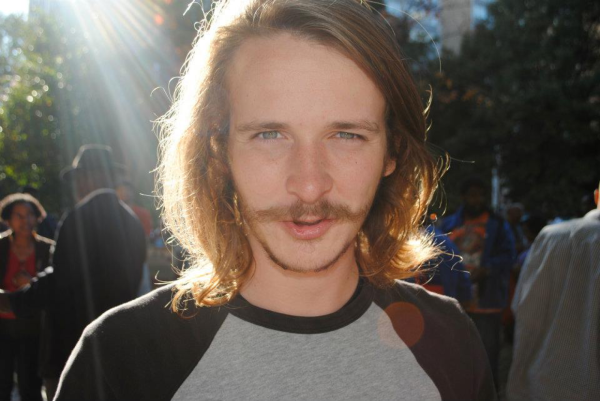 An Atlanta drag queen is helping rally support for Luke O’Donovan, who is charged with stabbing five people in a fight during a New Year’s Eve party after he was called an anti-gay slur. An online fundraising effort has collected more than $3,500 for O’Donovan (photo), who remains in the Fulton County Jail without bond. Some $850 was raised during a Jan. 6 fundraiser. Now, Aroara Thunder is organizing Let Luke O’Donovan Go – Town Hall Meeting on Sunday in Little Five Points. Thunder wants to continue to call attention to the case and raise funds for O’Donovan.

The Support Luke Defense Committee will be holding a short public press conference, followed by a town hall meeting to discuss future actions to support Luke and the implications that this case of homophobic violence has on our greater community. We will also be accepting donations to Luke's support fund. Solidarity and support is needed from individuals, groups and communities on all levels. Please spread the word and do whatever you can to help our friend and comrade.

Supporters of O’Donovan -- who have established a legal defense fund, Facebook page and website – say he’s the victim of a queer-bashing who defended himself after being called “faggot” and harassed for dancing with men at a New Year’s Eve party in Atlanta’s Reynoldstown neighborhood. Some supporters of the five men O’Donovan is charged with stabbing say he overreacted when the men jokingly aimed the homophobic slur at him. An incident report released Jan. 3 by Atlanta police says the fight between six men started “over a discussion regarding sexuality” about 3:40 a.m. on Jan. 1. “The fight quickly escalated when the suspect, Mr. Luke O’Donovan pulled out a knife,” according to the incident report. “Witnesses stated that the victims were attempting to stop Mr. O’Donovan when they were also stabbed.” A man who claims he attended the party and witnessed the fight told the GA Voice that a man approached O’Donovan at the party and called him “faggot.” He said O’Donovan is not gay.