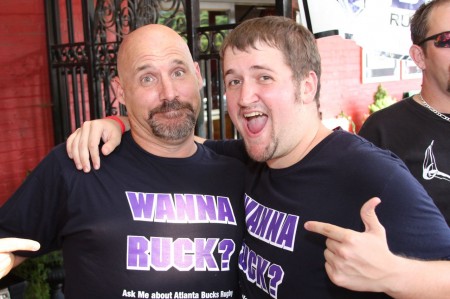 Gay and lesbian jocks filled the patio of Amsterdam Sunday for a recruitment event hosted by the Atlanta Gay Sports Alliance.