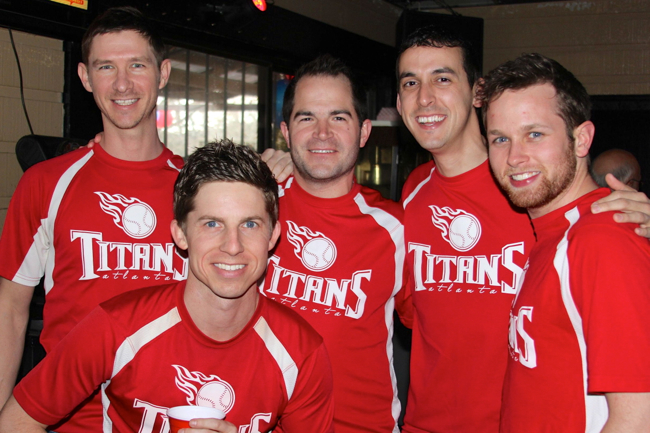 As Hotlanta Softball beer busts its way toward Opening Day of gay Atlanta’s spring softball season, Saturday’s Jersey Party at Heretic welcomed all of the league’s studs and studdettes to show off their team spirit.

The colors were out in force at Heretic for the afternoon bash of brew, Jell-O shots, raffles and camaraderie. Proceeds benefited the league teams that go to the Gay Softball World Series later this year, and a special performance by Gia Sunflowers raised more than $100 for the league’s chosen 2013 charity, Lost N Found Youth.

HSL’s Jersey Party was just the latest in a string of beer bust warmups for spring. After the Bowling, Beer & Boys bash last month, a post-skills session brew blast went down last week. Before that, it was the Team Honey Badgers debut.

Games in the Hotlanta Softball League spring season start at the season opener on March 17. And you can count on more HSL beer busts throughout the season.