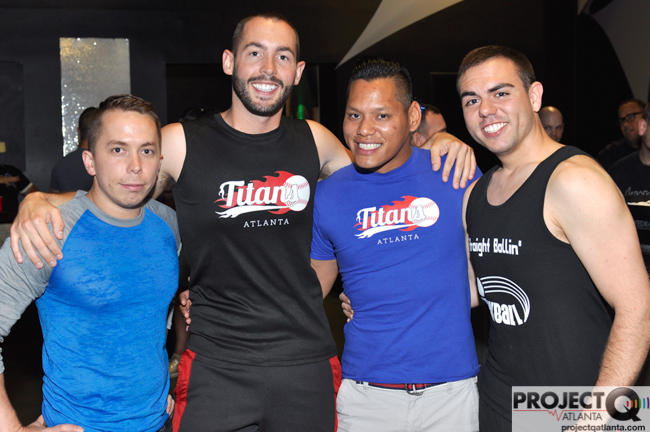 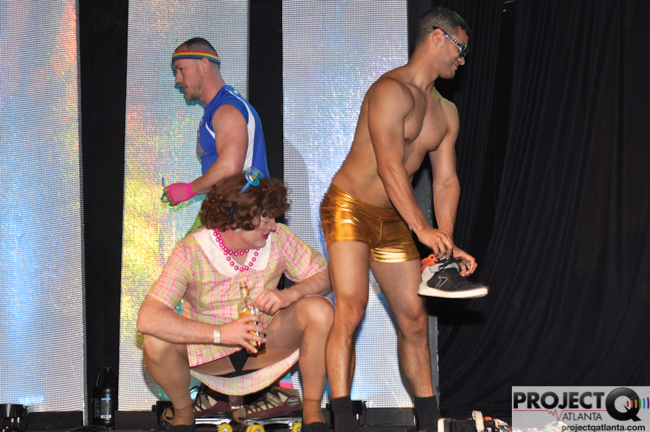 In a contest with a history of sexy fun, shirtless gay hunks and photo finishes, you can expect anything. Hotlanta Softball league’s annual Mr. HSL pageant on Saturday saw all of that and more.

Representatives from 14 HSL teams hit the stage to show their performance skills, drive and how well they serve swimsuit realness. During the talent portion, contestants employed teammates as drag queens, backup dancers and even furries to work this year’s “Studio 54” theme to full advantage.

Ultimately, the most tips and the crown went to drag king contestant Mendy Stark of the Atlanta Flyers. Westley Pereira of the Demons team was named first runner up, and Liz Ellis of the Knight Riders came in third. Money raised went to Lost N Found Youth, AID Atlanta, and to HSL teams going to the Gay Softball World Series.

Add Stark’s name to a lofty list of past winners, including last year's Jeffrey Mayhue who took the title from 2013 winner Ron Stan Leathers. He replaced beefy Nathane Davis, who won in 2012. He followed leather-clad hottie Tony Alvarez and Brandon Massello, who took top honors in 2010.