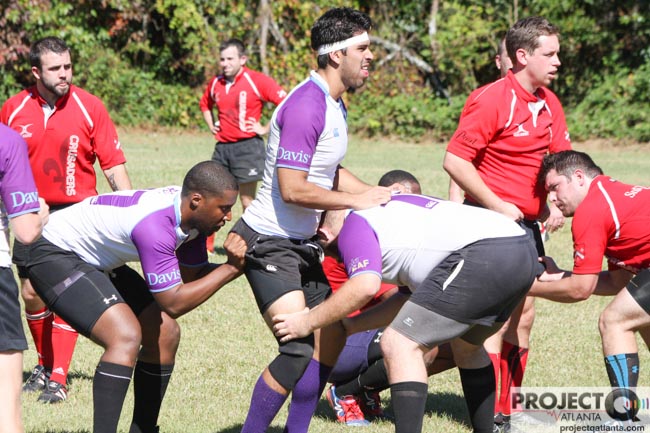 With teams from four other states, the gay Atlanta Bucks rugby squad scrummed their way through Pride with play on and off the pitch.

The Charleston Blockade, Charlotte Royals, Dallas Lost Souls and St. Louis Crusaders joined the Bucks on Saturday in Southeast Atlanta for its Ruck-A-Buck tournament, the second consecutive year for the revived Pride tradition. And after the play on the pitch, the gay jocks knocked back cocktails during a Third Half Social at Mixx.