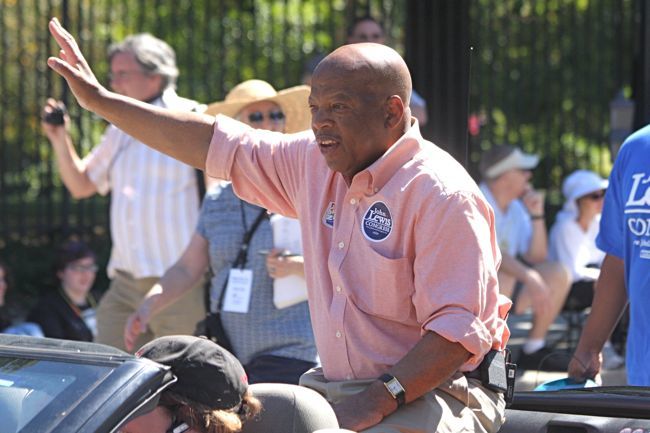 Stalwart gay-rights supporter U.S. Rep. John Lewis of Atlanta was awarded the Presidential Medal of Freedom on Tuesday for his role as a foot soldier of the civil rights movement.

“When we award this medal to Congressman John Lewis, it says that we aspire to be a more just, more equal, more prefect union,” President Obama said during the White House ceremony.

“He faced down death so all of us could share equally in the joys of life. He is known as the conscience of the United States Congress and is still speaking his mind on issues of equality. An American who knew that change could not wait for some other person or some other time. His life is a lesson in the fierce urgency of now,” the president added.

Lewis, who regularly receives perfect scores of 100 on the Human Rights Campaign’s Congressional Scorecard, represents the Fifth Congressional District, which includes much of the City of Atlanta and parts of surrounding counties. He regularly attends LGBT events, including the Atlanta Pride Festival (photo), AIDS Walk Atlanta and the local Human Rights Campaign Gala Dinner.

The Democratic lawmaker, one of 15 people receiving the nation’s highest civilian honor on Tuesday, led the student civil rights movement in the 1960s and spoke at the 1963 March on Washington. He often speaks of the violent beatings he suffered during protests when he appears at LGBT events.