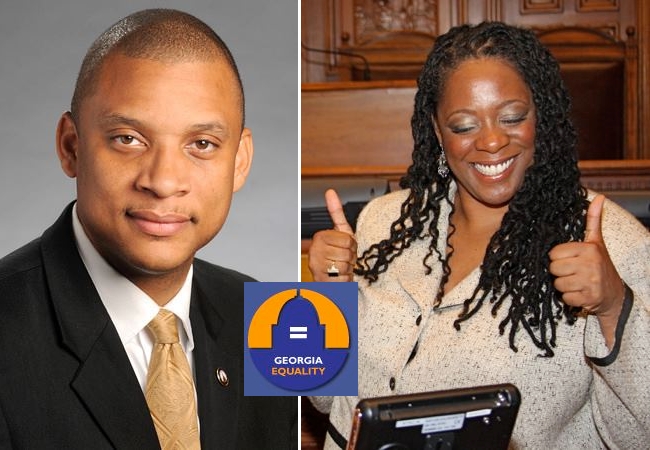 A lesbian Georgia lawmaker says a political opponent threatened her with campaign reprisals and intimidated her physically during a confrontation on the House floor.

Rep. Simone Bell says she then reported the incident to House Speaker David Ralston and Capitol police. Bell posted details of the confrontation on Facebook and it was first reported by GA Voice.

Long tried to unseat Bell in 2012 in a bitter primary when the two faced off for a redrawn District 58 seat. Long called Georgia Equality anti-straight “bigots” after it endorsed Bell over him. Both candidates also clumsily inserted themselves into the sentencing hearing for three of the four men charged in the beating of a gay man in southwest Atlanta. Bell won, 59 percent to 41 percent. Long isn't shy about taking his neighbors to court, either.

On Thursday, Long told GA Voice that if Bell backs his opponent for the District 5 seat on the Fulton County Commission that he will drop that race and try again to unseat Bell.

“I’m damned if I do, damned if I don’t,” he said. “I haven’t done anything to her. I don’t know why she is doing this. But if she is going to do this I might as well run for state representative again. I’m ready to put gay marriage on the table and fight for the LGBT community. Maybe she’s insecure because she hasn’t been below I-20 since she was elected.”

Bell is one of three openly gay lawmakers at the Gold Dome and delivered an emotional appeal against a “religious freedom” bill during a House hearing last month.

The war of words moved to Twitter, where Long offered up some more political venom.