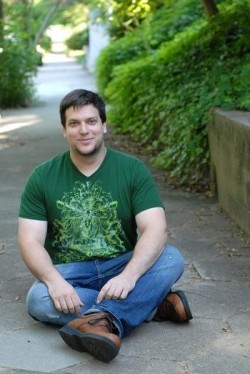 Fight The Man and sometimes you win, even if you’re a gay, rapping journalist who turns your nagging of the Atlanta City Council into court cases. Matthew Cardinale (photo), the gay scribe behind the Atlanta Progressive News, got a big gift on Monday from the Georgia Supreme Court. The court ruled 4 to 3 that the city violated the state’s Open Meetings Act by refusing Cardinale’s request that it name the City Council members who voted against amending its rules regarding public comment at committee meetings. Cardinale filed suit after a council retreat in February 2010, and the issue led to his debut as a rapper at a City Council meeting. It also led to a scrape with gay City Council member Alex Wan, who said APN was bullying him.

The Open Meetings Act “was enacted in the public interest to protect the public – both individuals and the public generally – from ‘closed door’ politics and the potential abuse of individuals and the misuse of power,” the majority states. “While the Act provides for public access to agency meetings, it also fosters openness by, among other things, requiring agencies to generate meeting minutes that are open to public inspection so that members of the public unable to attend a meeting nonetheless may learn what occurred.”

Cardinale has since filed a second lawsuit against the city, this time over two closed-door meetings a gay advisory board had with top city officials to discuss the botched Eagle raid. Photo by Joeff Davis via Creative Loafing