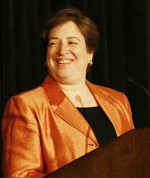 • Facebook campaign seeks gay kiss on “Modern Family.” People are “liking” the idea by the thousand, and comparing representations of the gay couple with straight spouses on the show (second photo)

• Baltimore to get center for gay youth. The drop-in center looks to be open for business by the start of the school year in the fall. 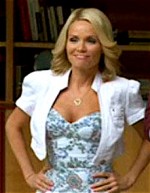 • Kristen Chenoweth fires back at Newsweek for criticizing gay actors in straight roles. The Broadway superstar and recurring “Glee” actress (third photo) lambasts the article in defense of her famous gay friends.

• Friend charged with murder of gay teenager in Scotland. Police are still working to determine motive in the violent attack that also injured another schoolmate.

• Hope College upholds anti-gay policy. Trustees of the Michigan school declined to drop the policy that condemns homosexual acts and gay advocacy, though there is hope it will be amended in committee. This is the school that rescinded an invitation to host Oscar-winning “Milk” screenwriter Dustin Lance Black. 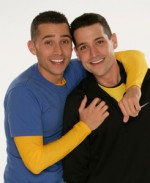 • Gay Jewish dad can’t bring surrogate-born twins back to Israel. He’s been stuck in an Indian Foreign Ministry for two months after a judge refused to approve a paternity test.

• Lesbian candidate could be a first in Ohio House. The state has yet to see an openly gay legislator.