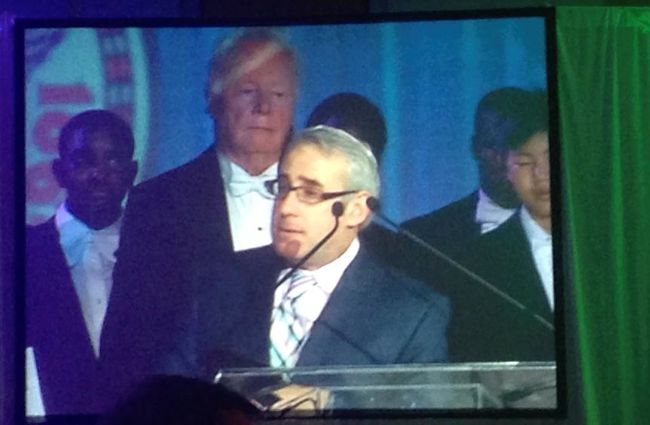 Gay Atlanta Rabbi Joshua Lesser and Mayor Kasim Reed are striking up something of a faithful bromance as the mayor leaned on the rabbi again Wednesday during his State of the City address.

Lesser has been here before: In 2012, he delivered the event's invocation. And the mayor tapped him, along with clergy from across the city, to help diffuse a contentious standoff between City Hall and Occupy Atlanta protesters in October 2011. During Winter Storm Leon earlier this month, Lesser was included in a conference call between Reed and faith leaders.

On Wednesday, Lesser closed Reed's event at the Atlanta Marriott Marquis with the benediction.