Gay publisher at Creative Loafing is out 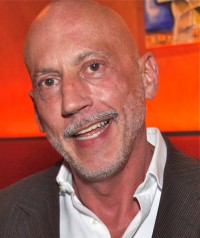 The gay publisher of Creative Loafing is out, headed to Miami for new opportunities after a short, but impactful, stint in Atlanta. Sorry to see you go, Hank. We hardly knew ‘ya.

Henry Scott (photo) added publisher of the Loaf to his portfolio less than seven months ago, in May, and just a few months after joining the paper’s parent company as vice president and chief marketing officer. He started with the paper as it put the finishing touches on a redesign of both its print product and online presence and as its chief rival, the Atlanta Journal-Constitution, embarked on a retrenchment from the City of Atlanta.

Ironically, the Loaf – which poked at the AJC in a recent, extensive piece – loses its publisher as the AJC switches its editor, Julia Wallace.

Scott is being replaced by Sharry Smith, a longtime Loaf employee who is currently publisher of Creative Loafing Tampa. Scott’s departure was a brief mention in a press release issued Thursday. Scott and Smith will work together during a transition period set to end early next year, according to the release. The Loaf reports that Scott will resume his media consulting business in Miami.

“To say that I’m delighted about this next step in my career would be an understatement,” Smith says in a prepared statement. “Atlanta is a wonderful city, and Creative Loafing is blessed there with an exceptionally talented staff. I can’t wait to help the team continue to build on Creative Loafing’s reputation as the ultimate source for information about life in the South’s largest and most cosmopolitan city.”

When Scott took the helm, he made it clear that the paper would continue its coverage of progressive issues, from transportation to LGBT equality. And his short track record with the paper bore that out. What’s not clear, now that Scott is headed further South, is how gay issues will fare under a new publisher. As the AJC has retrenched to the suburbs in an effort to stem its circulation loses, it’s also pulled back from coverage of LGBT issues, including Pride last October.

Scott often appeared at LGBT events, including mixers with the Atlanta Gay & Lesbian Chamber of Commerce and HRC’s Atlanta dinner in May. Last month, Fenuxe named him to its Fenuxe 50, the magazine’s list of what it calls the most prominent and influential members of Atlanta’s LGBT community.

“I love you guys and have loved working with you,” Scott told Loaf staffers on Thursday.