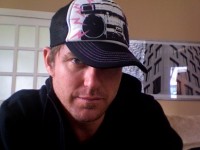 A Peachtree Street lounge popular with gay crowds and partially owned by a veteran of gay nightlife venues will close Aug. 1 to make way for a new restaurant.

Bazzaar Lounge, which opened next to the Fox Theater in 2003, has catered to gay and straight party-goers with events including the Flux dance party with DJ Vicki Powell and Drag Is So Bazzaar and music acts including Lady GaGa and The B-52’s. Bill Kaelin (photo), who co-owns the lounge with two business partners, announced Monday that he’s selling his stake in the venture to the other co-owners. In turn, they expect to re-brand the space as a restaurant called Publik sometime in September.

Kaelin, who is gay, says in an interview that he wants to step back from the lounge, recharge his creative juices and pursue new ventures. Kaelin has been the force behind the gay-popular nightclubs Fusion, the space that later became Red Chair, and eleven50, which is now Opera.

“Sometimes it is better to go out on top and with people kind of missing you and wanting more rather than overstaying your welcome,” Kaelin says. “I could have continued to make that place go for the next five years if I wanted to. We’ve had some really, really great new events that started this year.”

Kaelin says that the economic recession and an Atlanta city government that’s less-than-friendly in its approach to nightlife venues made operating Bazzaar more challenging. But the venue isn’t closing “because of financial purposes alone,” he says.

“It is primarily closing because I am done and want a new challenge. Bazzaar was my baby and I didn’t want anyone else’s hands on my product. After five years of being in the same four walls, you get a little creatively stagnant,” he adds.

Kaelin says Bazzaar celebrate its final days with a week-long schedule of events beginning July 29. A grand finale is set for Aug. 1 before the lounge closes its doors.

In a statement posted on his Facebook page, Kaelin asked patrons of the nightlife spot to send him photos they’ve snapped at Bazzaar events to be included in a slide show retrospective during the closing events.

Kaelin, a veteran of Atlanta’s gay nightlife for 13 years, says he’s certain he’ll be back with another concept, but hasn’t settled yet on a new venture.

Details of the closing events haven’t been announced. But the next Flux at Bazzaar is set for July 10. View the event details in the Project Q Atlanta community calendar.