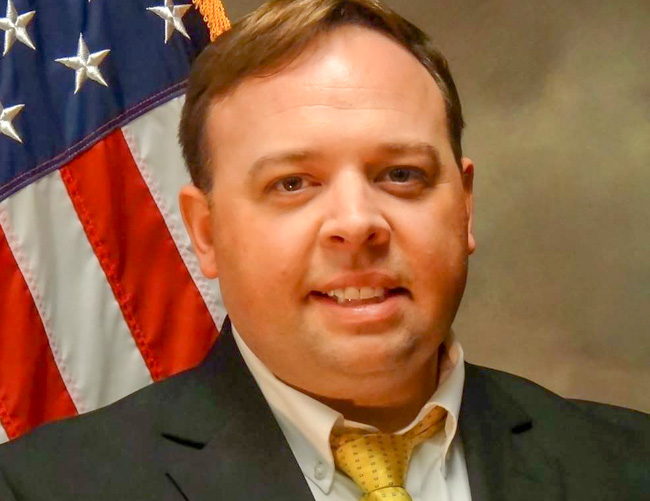 Kurtis Purtee wants to bring LGBTQ representation to the Savannah City Council for the first time ever with a win in the November election.

The out candidate for the District 6 seat is taking on Tony Thomas, the longest-serving councilmember with 20 years in office. Purtee (photo), a police captain for Georgia Southern University, nabbed an endorsement from Georgia Equality earlier this month.

“It makes me very happy because it goes along with the diversity and inclusion plan I have in tackling some of the LGBTQ issues,” he told Project Q Atlanta. “To me it’s a big deal, especially being a part of the LGBTQ community. I feel proud.”

Purtee said Thomas has no diversity and inclusion plan, and that an “older white population” is disproportionately represented in the district.

Purtee has been busy networking and meeting with constituents since launching his campaign in March.

“It has been a task, it’s been a challenge and it’s been exciting,” he said.

The first-time candidate wants to retain and bring in new businesses, create a community center for youth and a senior center, and revitalize or redevelop a dying local mall if elected.

Purtee acknowledges the significance of getting the chance to be the Savannah City Council’s first openly LGBTQ member.

“It is important to me because it shows a trend that we’re more diverse than just a bunch of good old boys sitting up in that Gold Dome [at Savannah City Hall],” he said. “It shows we’re progressive and moving ahead in the city while still retaining some of the traditional things that Savannah is known for.”

The election for Savannah City Council is Nov. 5.

Two LGBTQ candidates have made unsuccessful runs for Savannah City Council in recent years. Pam Miller ran in 2011 and David Self lost by over 40 points to Thomas in 2015.