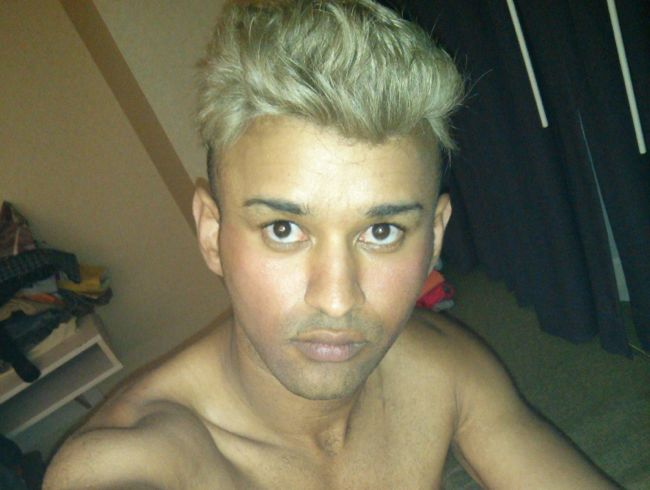 A gay Atlanta guy with a lengthy arrest record, and who's complained that police used excessive force when cuffing him, should make better friends. One helped get him robbed by a drag queen. Another got him arrested.

And again, Corey Orlando Jefferson finds himself in the Fulton County Jail, arrested 10 days after he claims a guy done up in drag robbed him of electronics he was trying to sell on Facebook and Craigslist for $1,100. This time, Atlanta police say he booked a room at the Sheraton in downtown Atlanta with a stolen rewards card.

We chronicled Jefferson's brushes with Atlanta police in October, after his complaints about a cop led to an internal investigation, and in September after his scuffle with an officer and arrest for squatting in a Lenox Road apartment.

But the twists keep coming for Jefferson, whose latest run-ins with the law came courtesy of two guys he met during past lockups in the Fulton jail.

On Oct. 26, Jefferson -- who admits to six arrests -- says he went from perp to victim as he met with a jailhouse friend near the Lindbergh MARTA station to sell some electronics, including two cell phones, a tablet, laptop and Coach bag. But the friend brought along another guy, this one with short hair and wearing a dress, according to a police incident report.

Still, Jefferson got into the Volkswagen Jetta. It didn't go well. This drag queen was packing heat.

All three males got in a blue Volkswagen Jetta at 2412 Piedmont Rd and was going to the atm to get money for the electronics. The car belonged to the unidentified person, and was a blue volkswagen Jetta. Mr Jefferson stated to [police] that they never made it to the atm and returned to 2412 Piedmont. The unidentified person wearing the dress then pulled a small silver hand gun on Mr Jefferson and robbed him. Mr Jefferson did not say that the person that robbed him said anything to him or not. The male that robbed him was wearing a dress per Mr Jefferson and was about 5,11ft tall with short black hair.

That didn't slow Jefferson, according to police. On Nov. 5, he was arrested at the Sheraton when hotel security found him crashing in a fourth-floor room with three other people. The hotel told police that the room was booked with a stolen rewards card in Jefferson's name, according to an incident report.

How did that happen? Jefferson told police that he bought the rewards card from a friend for $125. A friend he met in jail. Police said Jefferson also had a debit card with him that wasn't his.

According to the incident report:

Jefferson was charged with theft of service, identity fraud and theft by receiving stolen property.