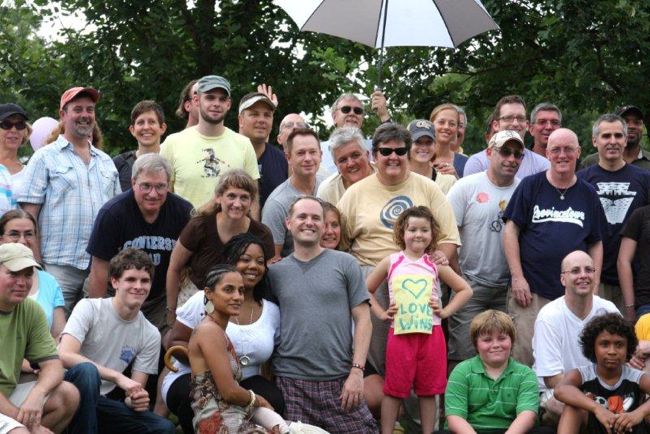 Gay minister Josh Noblitt doesn’t just preach “love thy neighbor.” He lives it and proves that he’s got more forgiveness than us. Noblitt, attacked by a group of teens while dining with his then-boyfriend in Piedmont Park in July 2010, stood with them on Tuesday as some were sentenced in the anti-gay beating. 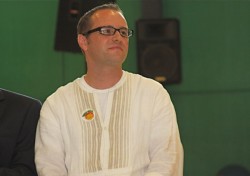 “I am a gay man. I am also a pastor, a brother, an uncle. I want you to know that,” Noblitt told them as they stood before the judge. “I also would like to know more about your stories. My heart breaks for your families and you all. I harbor no ill will. In a weird way, I care about you all.” He even posed with one of his attackers and the teen’s family after the court proceedings on Tuesday. Noblitt (second photo) didn’t stay a victim for long. He later organized a popular public photo shoot for the NOH8 Campaign, joined the LGBT advisory board for Atlanta police, delivered an invocation for Mayor Kasim Reed and joined with dozens of gay friends and supporters to reclaim the very spot in Piedmont where the attack took place (top photo). On Sunday, he's preaching -- twice -- at Saint Mark United Methodist Church. Three of the attackers have served time in jail or a youth detention facility; cases are still pending against three others. The GA Voice gives the breakdown on the sentences handed down Tuesday:

• Benjamin Johnson, who has been out on bond and under house arrest after serving a couple months in youth detention, was sentenced to five years but instead of serving time in prison, he will be under intensive probation. • Sam Johnson, Benjamin's older brother, who has been in jail since the day of the attack, was sentenced to five years to serve 15 months with time served and was to be released later Tuesday. • Jarvis Johnson, a cousin of the two other men, has also been in jail since July 2, 2010. He was sentenced to seven years to serve two years with time served, leaving nine months to serve.