Gay paper’s editor quits after lying about past

It seems that in gay newspapers, as in fashion, one day you are in and the next day you are out. That’s the storyline developing with Atlanta Free Press, which is stumbling out of the gate in the race to replace Southern Voice. 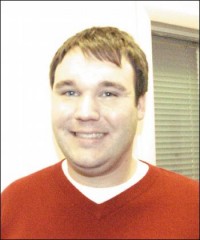 • On Nov. 16, Window Media collapses and the crash brings down SoVo and David magazine, among others. Project Q Atlanta brings it to you first.

• Two days later, former Southern Voice and David employees, locked out of their offices, return for their belongings, an emotional staff meeting and notice that they won’t be paid for their last weeks of employment.

• Project Q Atlanta reports Nov. 23 that Window Media collapsed under the weight of what appears to be $15 million in debt, according to two bankruptcy filings.

• On Dec. 3, about 80 people attend a public forum organized by Chris Cash, the SoVo founder who now lives in Texas, and Laura Douglas-Brown, the paper’s last editor, to discuss plans for another pub. They vote on a list of names and settle on GA Voice.

• The publishers of the weekly nightlife pub Gaydar marshal their forces to publish Atlanta Free Press on Dec. 10, the first in what may be many attempts to replace SoVo.

• Six days later, Dec. 16, the editor of the Atlanta Free Press, Zack Hudson (photo), comes under fire for his 2007 termination from SoVo. The former paper canned Hudson over allegations that he fabricated two stories. In the process, Hudson tells Atlanta Progressive News that he can’t comment on the termination, since the details of a settlement with Window Media over his lawsuit prevent just that.

When APN asked Hudson about the magazine’s claims, he said he could not talk about the incident because he had sued Window Media–owner of Southern Voice, David, and other publications nationwide–and because one of the stipulations of the settlement was that neither party could discuss the incident.

• The next day, Dec. 17, the second issue of Atlanta Free Press hits the streets, still making itself comfortable in the SoVo-labeled newspaper boxes in Midtown. Cover story: “What happened to Brian Wehrle? And why doesn’t the media care?” We do. Check our post from Dec. 14.

Project Q Atlanta offers a report about the Hudson drama and details of several other groups looking to publish an LGBT paper. Queerty wonders, “Will You Read Atlanta’s New Gay Newspaper That’s Edited By a Jayson Blair?” Blair is the former New York Times reporter who resigned in 2003 after he was caught plagiarizing and fabricating portions of his stories.

• Early on Dec. 18, Atlanta Free Press Publisher Matt Neumann defends Hudson in comments on Project Q Atlanta. He says that despite Hudson offering to resign, he backs his editor and wants him to remain on board. And oh yeah, Hudson lied when he claimed he sued Window Media over his firing, Neumann adds, and the paper knew about Hudson’s firing from SoVo before they hired him. News- and drama-hounds that we are, Project Q Atlanta weighs in with a second piece with Neumann’s comments.

“I stand firmly behind Zack Hudson,” Neumann writes. “He has done a super job at putting a paper together from scratch and getting it out on the street in just a few days. None of us are perfect. None of us [are] without blemish. I am a firm believer in second chances. After all who has more to prove and more motivation than someone given a second chance. I was aware of the prior drama with him and SoVo. Having worked with him on Gaylife and after many meetings, I decided we had our man.”

• Later that same day, Dec. 18, Atlanta Progressive News Editor Matt Cardinale stands by his article about Hudson in comments on Project Q Atlanta and says what the paper didn’t report about Hudson is even more “astonishing” than what it did publish.

I appreciate the fact that Neumann admits that Hudson lied to me about the alleged lawsuit preventing him from commenting on the alleged fabrication.

However, I thought Zack and I were friends. The idea that he would lie to me I find personally hurtful and offensive.

The fact that AFP would retain someone who admits to lying to a reporter–even after giving that person a second chance after being fired for allegedly fabricating two stories at another publication–is astonishing.

Let me just say that sources families with matter shared with me more details on the entire series of lies which led to the Sovo termination–and they’re even more astonishing.

• On Sunday — that’s Dec. 20 for those keeping the box score — Atlanta Progressive News reports that Hudson is out. Huh? Yes, that’s right. Chip O’Kelley, a partner with Neumann in publishing Gaydar and Atlanta Free Press, says Hudson is out, Contributing Editor Xanna Don’t is now interim editor, and he’s pulling an Al “I am in control here” Haig moment and taking the reins of the paper’s business ops away from Neumann. O’Kelley adds that he and Neumann didn’t know about Hudson’s SoVo termination until details surfaced last week.

“After reading your email, after sitting down and talking to Matt, personally I was always for getting rid of Zack… We sat down and talked about it and a decision was made,” O’Kelley said.

As for Neumann’s comments on Project Q, “Unfortunately, Matt did a knee jerk reaction,” O’Kelley said. He added that the two co-owners both have busy, sometimes conflicting schedules, and that they had not been able to discuss the matter when the APN story first broke.

• Early Monday, Creative Loafing weighs in: “Enter drama — and on the one month anniversary of SoVo’s closing no less.”

Bravo’s calling. They see the drama and want to talk reality show.