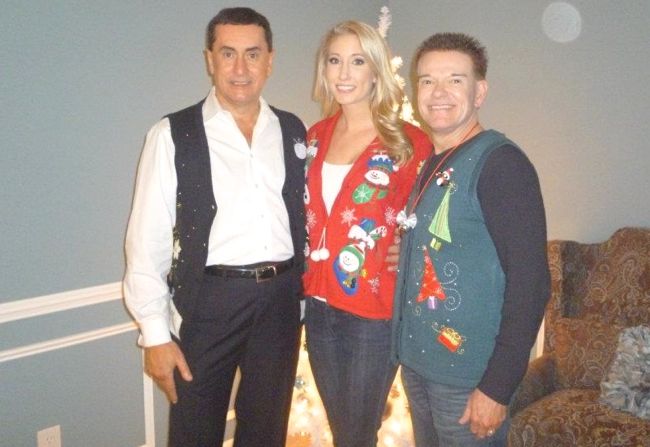 A man who jumped to his death from a busy Atlanta overpass on Monday may have been a gay pageant director arrested last year for allegedly stealing money from a longtime friend.

A man plunged to his death at Spaghetti Junction in DeKalb County and died before 8 a.m. on Monday, DeKalb police told the AJC. The man jumped from an overpass leading from I-85 southbound to I-285 northbound.

A note the jumper left in his car pointed officers to a house on Gladney Drive a few miles away. Inside, police found a deceased man. Police did not identify either man, according to the AJC.

Mark Castleberry and his partner, Greg Woodlief, live on Gladney Drive, according to police records and a Google search. Several posts to Castleberry's Facebook page on Monday said the men died and expressed grief over their deaths. An anonymous tip to Project Q Atlanta said Castleberry jumped from the overpass and Woodlief's body was found in the home. Calls to phone numbers for both men went unanswered.

Castleberry, 55, was arrested in July 2013 on charges of theft by taking and burglary. Police say he stole nearly $12,000 from a longtime friend and office neighbor by forging checks he allegedly admitted to stealing from the office. Castleberry allegedly confessed in handwritten notes to the victim and during an interview with police.

It was not clear Monday whether the man found inside the house on Gladney Drive was killed or died of natural causes. A DeKalb police spokesperson told the AJC "there were no obvious signs of trauma."

On Monday evening, spokespeople for DeKalb police and the DeKalb District Attorney's office could not be reached by Project Q.

UPDATE | A spokesperson for the DeKalb Medical Examiner's office confirmed Tuesday that the man who jumped from the interstate overpass was Castleberry and that Woodlief, 66, was found dead in their house on Gladney Drive.

Castleberry's death was ruled a suicide, according to Patrick Bailey, chief investigator for the medical examiner's office. Officials are awaiting the results of toxicology results before determining a cause of death for Woodlief, he added.

"There doesn't appear to be any sign of foul play," Bailey said.

Mekka Parrish, a DeKalb police spokesperson, said there is no criminal investigation into the two deaths. Castleberry jumped from the overpass into a grassy area near the interstate, she said. A note left in his car pointed police to Woodlief's body in their Gladney Drive home, Parrish added.

"There were no obvious signs of trauma to [Woodlief's] body," Parrish said.

A spokesperson for the DeKalb District Attorney's office, Erik Burton, said the criminal case against Castleberry was set to be presented to a grand jury for possible indictments. The case will be dismissed once prosecutors receive a formal notification of Castleberry's death, he said.

UPDATE 2 | The original headline of the post was changed to reflect confirmation that the dead men found by police on Monday were Castleberry and Woodlief.

UPDATE 3 | Castleberry's sister, Gina Holt, says in a Facebook post early Tuesday that her brother committed suicide after Woodlief died of natural causes. "This has been the longest and hardest day of my life. My brother, Mark Castleberry, lost the very love of his life, Greg Woodlief, partner of well over thirty years today when Greg passed away of natural causes at their Atlanta home. When Greg died, my brother took his own life," she says.