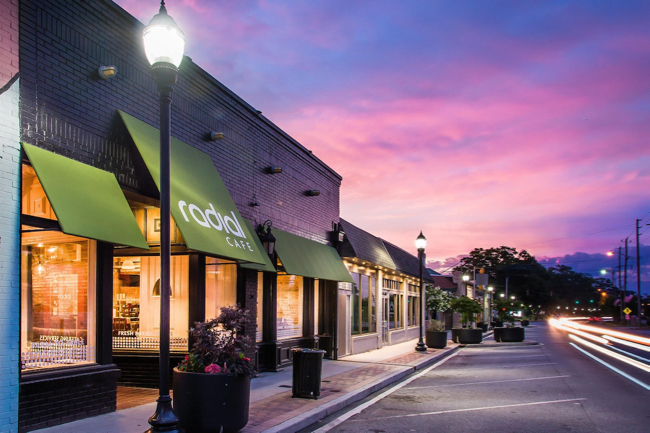 The gay-owned restaurant Radial Cafe in College Park closed on Wednesday, shuttering its doors after nearly a year in the small burb just south of Atlanta.

Owner Frank Bragg said the restaurant recorded a year of solid performance, but never quite made it to profitability. The renovation of the historic building that housed the restaurant on Main Street took three times longer and cost twice as much as expected, putting a squeeze on finances that the business never quite recovered from, Bragg said.

“The College Park restaurant has had a really good run for the last year, but it never kept up,” Bragg said. “It was always a little bit behind sales expectations. We just struggled to keep it going and it gets to a point that you can't keep funding something that's not making money.”

Bragg said the closing impacts about 20 employees. It comes on the heels of another College Park restaurant, The Pig & The Pint, closing earlier this month after four years in operation. Bragg said two other restaurants near Radial on Main Street also closed recently.

“The worst part about it is the people that work with me are my family,” Bragg said. “There have been bright spots along the way but at the end of the day, we are not bringing in as much as we are putting out.”

Bragg announced plans to expand the Radial Cafe brand and take its multi-cuisine menu and craft cocktails to College Park in November 2016. The restaurant filled a historic storefront built in 1910. It opened in June 2017.

Bragg purchased Radial in 2010, taking the popular sandwich and breakfast diner on DeKalb Avenue in Candler Park and running with it. He has snagged several awards and added to the restaurant's green-star ratings for its sustainability ratings. Bragg and Radial also support scores of LGBT organizations and events.

“We have a 19-year history of being a brand in the city and we hope to be there for many more years,” he added.

UPDATE | In an email to customers on Thursday, Bragg said the decision to close the College Park location “did not come easily.”

We are heartbroken to inform you that Radial Cafe-College Park has ceased operations after the close of business on Wednesday, May 30, 2018. This decision did not come easily and we are sorry that we can no longer offer service in College Park.

Radial Cafe-Candler Park will remain fully operational, so we hope you will join us there on your next visit.

We would like to take this opportunity to thank you for your continued loyalty in choosing us as your preferred local-to-table dining destination. Without your support, our success would not have been possible.