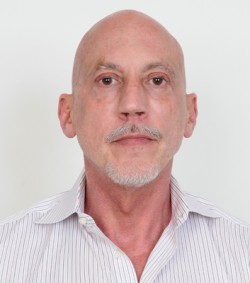 As Creative Loafing reshapes itself and prepares for the launch of a new look online and in print next month, one thing is clear: The paper is unlikely to move away from covering LGBT issues.

The progressive weekly, which has long included gay coverage in its mix, recently named a new publisher. And besides knowing newspapers inside and out, having worked in the trenches as a reporter and in the executive suite, Henry Scott also brings street cred on LGBT issues. The paper’s new publisher was once running the national gay glossy Out and landed an apartment smack dab in the middle of Atlanta’s gay ghetto – near the intersection of 10th Street and Piedmont Avenue. Oh yeah, he’s gay, too.

Combined with the Loaf’s roster of other LGBT employees, just chalk up the weekly as gay Atlanta’s unofficial third paper. Scott wants to pair the paper’s strong editorial coverage with a provocative editorial page, which the other gay pubs and even the Atlanta Journal-Constitution lack.

“We are going to, every week, weigh in on local issues – funding for MARTA, the police raid on the Eagle – these are all things that we need to take a position on and have a point of view on,” Scott says in an interview earlier this month. “We know we have a very diverse audience and that is one of our strengths. Personally, as a gay man, one of the wonderful things about Atlanta is its diversity. We, as an institution here, think diversity is a good thing.”

But Scott and the Loaf face the same problems plaguing other print outlets: Lagging ad sales, circulation that has dipped, an economy still swirling in the toilet, and the challenge of putting out a compelling print product while also presenting an engaging website. The Loaf’s parent company, like the gay pub chain Window Media, experienced bankruptcy last year, though unlike Window, it survived intact and never shut down its publications and left scores of people without jobs.

Scott says advertising revenue is up at the Loaf, that the paper is profitable and, even better for Atlanta’s collection of former newspaper employees, is expanding its staff. The staff box isn’t as fat as it was five or so years ago, Scott admits, but the paper is “in a growth mode.”

Scott says there are lessons to be learned from the collapse of Window Media and the struggles facing LGBT publications, several of which have closed since his days in New York as a consultant who also served as president and editorial director of Out, the monthly gay glossy.

“The problem with most gay newspapers is that they rarely wrote about what people on the street were talking about. If you wanted to find a story about the subcommittee of the city council that might get a hearing in four months that might impact gay and lesbian people, they had it. The gay press publishes, and it was true with Window Media, a lot of stories that people don’t care about it,” Scott says.

But what of the crop of new LGBT publications in Atlanta that has grown to seven in recent weeks – are they getting it right in Scott’s view? He recently relocated from New York City and says he isn’t familiar with them all yet.

“I don’t have enough experience with them,” he says. “I am heartened by the fact that there are more of them out there. I don’t think they will all survive, but the competition is good. It means that they will improve and serve the community even more. All of that is exciting.”

Even with his expanded role at the Loaf – Scott was vice president and chief marketing officer for parent company CL, Inc. before adding the local publisher duties – and his quick move to Midtown, he’s taken time to meet LGBT business leaders and activists. He dropped into a recent 4th Friday Networking event with the Atlanta Gay & Lesbian Chamber of Commerce and sat with local gay media outlets during the Atlanta Human Rights Campaign Gala Dinner earlier this month.

And living in the gay ghetto allows him at least a few observations about the differences of life in gay New York versus Atlanta: Gays in his new Southern home more openly embrace interracial couples, put less emphasis on physical appearance and are less likely to queen out in public places.

“There is a very, very different aesthetic – how people look, how people dress. In New York, there is an almost absurd focus on the body. People are a bit more out and publicly demonstrative in New York. I don’t see as many gay men [in Atlanta] giving each other a hug and kiss in the gym,” Scott says.