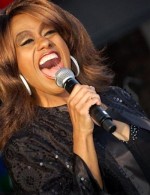 How can you have an encore before you even begin? When Encore is a swanky 30th Season dinner, celebration, auction and honors with Atlanta Gay Men’s Chorus and Broadway legend Jennifer Holliday, that’s how.

When the chorus announced the schedule for its 30th year of concerts, artistic director Kevin Robison promised that the men won’t follow the oh-so-gay path and stay “29 and holding” forever, but that the group will age gracefully with a better-than-ever season.

And yes, that includes opening with an “Encore.” Tickets are available now to the gala reception on Nov. 14 at One Atlantic Center. The event honors “some of AGMC’s heroes, including it’s founder, our biggest donor, and those in memoriam,” Robison told Project Q Atlanta in September.

Receiving recognition for being “instrumental in the growth and energy surrounding the pursuit of our mission through their extraordinary leadership and philanthropic support” are Jeffrey McIntyre, AGMC founder and original artistic director; Jesse R. Peel, retired psychiatrist, philanthropist, and AGMC board member; and Frank Bragg, owner of Radial Café, philanthropist, and former AGMC board president.

And what would a chorus event be without singing? In addition to special performances from AGMC members, the big draw is Holliday, the Tony-winning stage star and two-time Grammy-winning recording artist.

Holliday (photo) is probably best known for her heart-wrenching torch song “And I Am Telling You I’m Not Going” from the hit Broadway musical “Dreamgirls.” Holliday’s version of the song not only sealed the deal for her Tony — before Jennifer Hudson, who sang it in the movie, was even born — but provided one of the biggest show-stoppers in the history of the Great White Way.

And we are telling you, we are going to Encore. You should, too.

Make your reservations for Encore, or pick up 30th Season Tickets for Atlanta Gay Men’s Chorus concerts including “Holiday Lights” ?on Dec. 10-11, “Divas 2: Opera Revisited”? on April 29-30, and “30 Years of Broadway” with guest vocalist Joanna Gleason? on July 8-9.