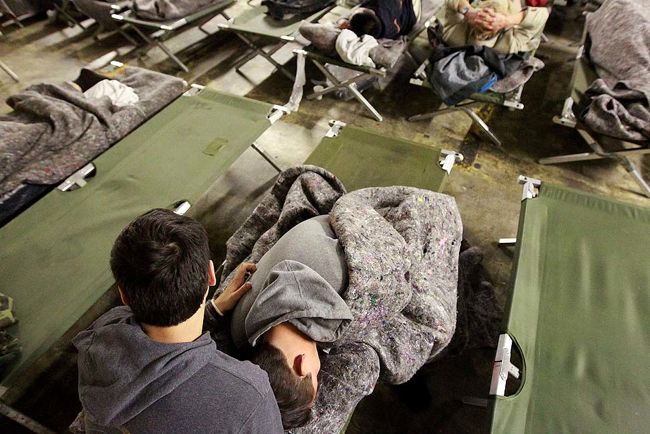 It's got to be the cruelest of life's ironies: You flee Atlanta and the homophobia of the Deep South to be queer in San Francisco only to be left joblesss, homeless and shunned by the gay embrace you so desired.

That's the story of Bobby Spencer, a 47-year-old former Atlantan included in a disturbing New York Times profile about the plight of homeless LGBT people.

Bobby Spencer, 47, arrived in San Francisco from Atlanta in May, thinking he had a job as a nanny with a former co-worker at the company where he had worked as an executive assistant.

He was excited about the move. “Being gay in the South is still a lot different than being gay here, even in Atlanta,” he said. “I moved here to be queer, that was part of the plan.”

But the job did not work out and, after having volunteered in soup kitchens in Atlanta, Mr. Spencer abruptly found himself without a place to stay.

And without a steady paycheck, his HIV meds ran out sparking the disease to go from undetectable to high levels. Spencer looked to the city's LGBT community for help and found none.

Mr. Spencer said the gay community he had expected to open its arms to him had been less than gracious.

“It’s a mad, cold world out there, even in your own family,” he said. “My own community treats most queers that are homeless as pariahs; they want nothing to do with them.”

He eventually found a clinic where he can get his medication and moved to a shelter, where he has settled in for now, taking cooking classes and living on food stamps.

While the shelter offers some comfort, staying there can be problematic, Spencer says.

But he said he is constantly alert for trouble. On his first night in the shelter, a man in the next bed became abusive.

“It makes you anxious and it makes you nervous to have things like that going on and knowing that it’s absolutely being directed at you,” Mr. Spencer said.

Don't for a minute think that homeless gay people are a problem just for queer meccas like San Francisco. It's a thing in Atlanta, too. Really.