Gay man dies while in custody at Fulton jail 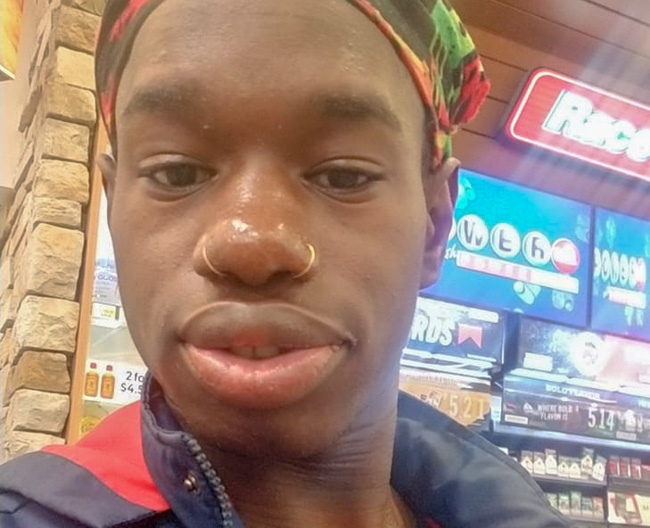 A gay inmate at the Fulton County Jail died after being treated for an unspecified “chronic illness,” according to the county sheriff’s office.

Contravious “Trey” Burson, 27, was taken from the jail to Grady Memorial Hospital after becoming ill on Dec. 12, according to Tracy Flanagan, a spokesperson for the sheriff’s office. He died later that day. Flanagan did not provide further information on Burson’s (photo) medical issue.

“The cause and manner of death are pending investigation,” she told Project Q Atlanta.

Burson was arrested at AMC Phipps Plaza movie theater on Nov. 2 after allegedly threatening to shoot a security guard, according to Atlanta police.

The security guard asked Burson to leave the theater once a movie ended, and Burson allegedly said, “Don’t tell me what the fuck to do. I’ll shoot you,” according to police.

He was booked into Fulton County Jail and charged with aggravated assault, making terroristic threats and carrying a weapon without a valid license, according to the Fulton County Sheriff’s Office.

Burson was also arrested in 2014 for allegedly stabbing a man at the North Point MARTA station, according to the AJC.

Friends of Burson mourned his death on Facebook and remembered his sense of humor and dancing skills.

Burson was “caring, loving, honest and protective,” according to Tolulope Lulu.

Burson was “full of life and energy,” according to gay Atlanta resident Greg Smith. The two used to spend time together at Bulldogs.

“He was always smiling and very friendly,” Smith said. “He would come in with dark shades sometimes. He was a hoot. He was a tiny fella with a big personality.”