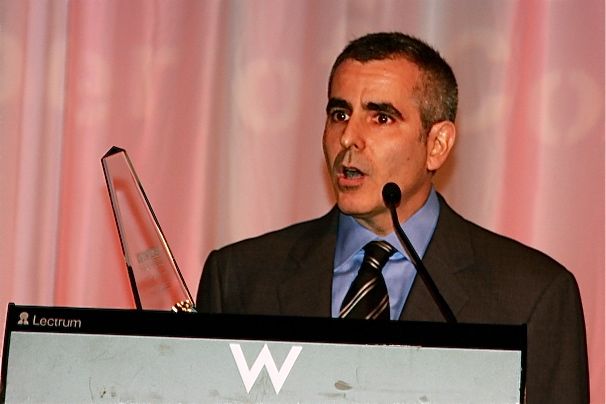 Grossman sharpened his gay legal teeth by chewing on the Atlanta Police Department and Mayor Kasim Reed over the botched Eagle raid, eking out a $1 million settlement and sweeping police reforms. Then he struck again, taking aim at the police department’s rogue Red Dog Unit. That group, by the way, is no more.

On Friday, Grossman was named a Guardian Angel by the Atlanta Gay & Lesbian Chamber of Commerce (photo). The GA Voice honored him as its first-ever LGBT person of the year. The now-defunct Sunday Paper named him one of its five people of the year.

You might think that Grossman would quietly step back, police corruption and incompetence exposed and honors in hand. You’d be wrong.

Now he’s knee deep in shit, though this time it has nothing to do with Atlanta police. He’s representing tenants in a College Park apartment complex who have lived for months with toxic mold and raw sewage.

Grossman, his verbal quips sharpened during months of wrangling with Reed and city attorneys, cranked it up in his latest case.

“This is the same man who made them live in human feces so he could pocket their rent money. This is a man who would do anything. This is a despicable human being.” [WSB]

He’s coming for you next, bed bugs.