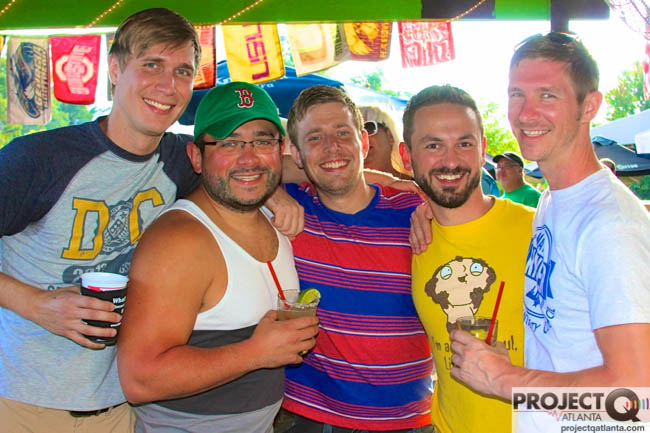 Just in time for the first morning nip in the Atlanta air, Southern Softpaw League opening day brought pitchers and catchers out to play. And it wouldn’t be local gay softball without a rowdy post-games beer bust.

The long, wet stretch of weekends that cockblocked Hotlanta jocks all summer met its end on Saturday for Softpaw’s opening ceremonies. The league fields teams each autumn, who in turn pick a charity and raise funds for it. After the games, the teams headed over to Frogs, where they found bottomless brew, Jell-O shots and a raffle. This week’s first post-game beer bust was hosted by the Foxes team.