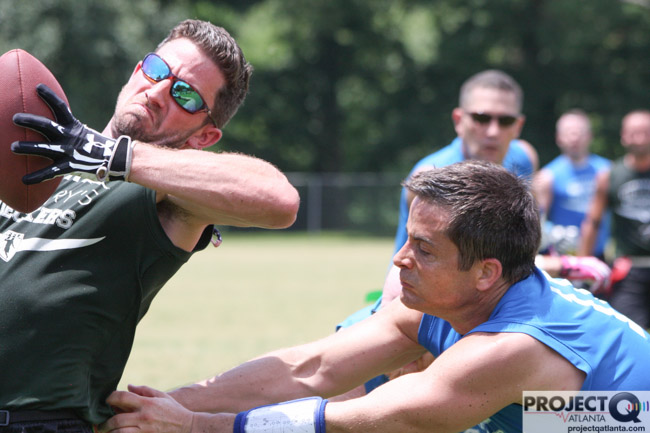 With a season-long undefeated streak, the Henry's Deckers won the championship of Atlanta's gay flag football league on Saturday. It took a lot of cocktails to get there.

The Deckers dropped their semi-final opponent, the Zocalo Zocalitos, and then dispatched the NFFLA Invaders to win the championship during the final round of playoff games, held at Grant Park. The gay jocks of the National Flag Football League of Atlanta bundled up in early March to prep for the season before finally taking the field a few weeks later.

The Deckers will collect their crown, and toast the season's end, during its Ladies of the League closing party on Saturday. It will be draglicious.