Gay Israeli Assi Azar has ‘Something to Tell You’ 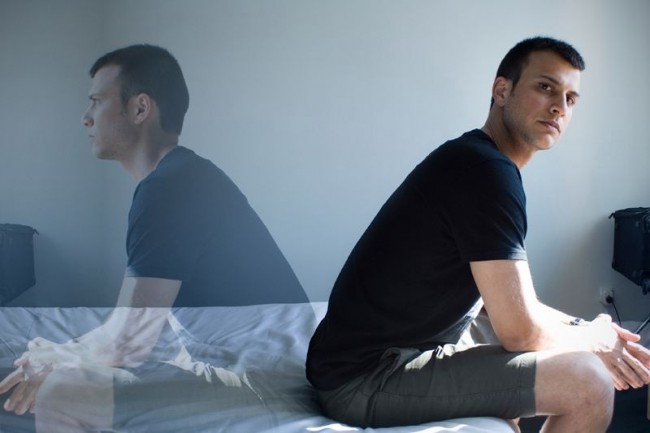 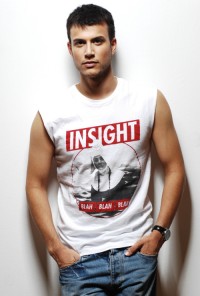 We talk to Israeli TV star Assi Azar as he brings his good looks and charming personality to Atlanta along with his moving coming out documentary “Mom, Dad, I Have Something To Tell You.” After several high-profile television stints in Israel, Azar (photos) is the co-host of his country’s most popular show, the Israeli version of “Big Brother.” But he's already thinking global when it comes to LGBT issues. He was named one of the Top 100 Most Influential Gay People in the World by Out magazine. Yes, boys. He’s single and loves the nightlife. But the 32-year-old also takes seriously the responsibility that comes with being an openly gay celebrity, even using his spare time to volunteer for LGBT youth organizations. “The moment I came out, the responsibility was automatically on my shoulders,” Azar says. “So many people want to know advice. The media call me to talk about gay issues. I can’t turn my back if a mom approaches me on the street and wants to talk about her son being gay.” In a government-backed effort to promote Israel as an open and affirming oasis in the Middle Eastern desert as well as to help parents cope positively with their gay kids, Azar’s documentary “Mom, Dad, I Have Something To Tell You” brings a new perspective to a diverse array of Israeli coming out stories. It screens Tuesday in Atlanta with Azar conducting a Q&A after the movie. The event at Saint Mark United Methodist Church is organized and co-sponsored by the gay-led Congregation Bet Haverim. “At first, the producer asked me if I wanted to do a film about the LGBT community, but my first response was no because I didn’t know if I had anything new to add,” Azar says. Then a 2009 shooting rampage at Tel Aviv’s LGBT center changed his mind. Two people were killed, and at least 15 were injured in the attack. Like “Big Brother: Israel,” the drama unfolded on live television. “Some of the parents found out their kid was gay because of what happened,” Azar remembers. “Some of them decided not to go to the hospital because the TV said their kids were gay. “I asked how could they do that, but my mother said, ‘You can never judge a parent for their reaction when they first find out,’” he adds. “It took her a long time to understand it, so the film is not from the kids’ point of view only, but from the parents’ point of view.” The documentary includes parents who embrace the news that their child is gay as well as those who hate it, going as far as kicking the kid out of the house. It ends with Azar’s own coming out story and interviews with his parents, though they were reluctant to take part at first. “We had a lot of discussions about it, and in the end both of them decided to be in it,” Azar says. “I think it changed the way we communicated since then. The camera helped me ask questions that I never asked before, and I learned a lot about their perspective. “My father says in the movie that after I came out, he loved me even more,” Azar says. “He said that it was the first time I really opened up about something, because growing up, I was afraid of him about my sexuality. By coming out, I’m letting him get into my life.” Now Azar’s parents are something of minor celebrities themselves, proudly and freely answering questions about their experience and feeling a little overwhelmed by how much influence their message of tolerance is having. And that’s the message Azar hopes audiences get when they see the movie. Turns out, "Mom, Dad, I Have Something to Tell You" has something to tell you, too. “Give your family time to adjust and understand what it is you’ve been coping with all the years you’ve been in the closet,” he says. “The moment we come out, we put them in the closet. They have to deal with it now, they have to understand it. … It takes time. Give them time to understand what it means and teach them.” As Azar’s mother told him when he came out, “It took you 25 years to come out; now give me one minute to understand it.” Assi Azar appears at the screening of “Mom, Dad I Have Something To Tell You” on Tuesday, Nov. 8, 7 p.m. at Saint Mark United Methodist Church.