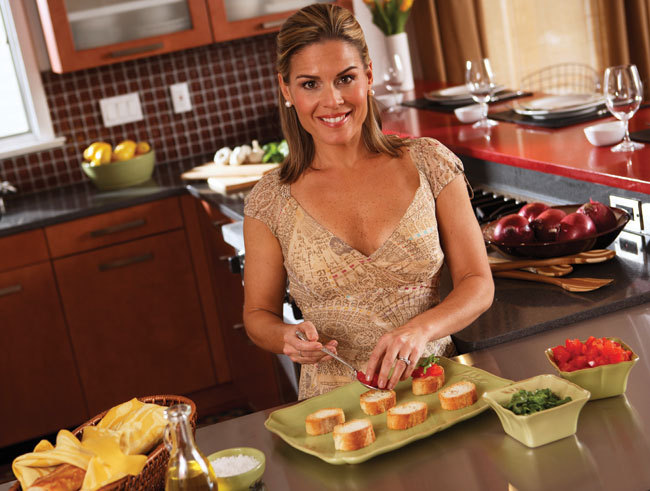 Atlanta’s restaurant scene, flush with eateries from foodies turned TV reality show stars, is about to get a little gayer with another. Say hello to Iron Chef, lesbian and mother of four Cat Cora. Fresh off a stint as co-host of Bravo’s “Around the World in 80 Plates,” the celebrity chef is taking her brand and tasty grub to airport terminals across the country. On Tuesday, she opened Cat Cora’s Kitchen in Concourse B of Salt Lake City International Airport. That added to her airport outposts in San Francisco and Houston. Next on her list is Hartsfield-Jackson Atlanta International Airport, according to Eater. The online foodie site has twice referenced Cora’s plans to add Atlanta to her roster, the latest coming Thursday.

Cora’s been spotted in Atlanta recently, in town in July for Macy’s Great American Chefs Tour and knocking back a glass of wine and noshing on crispy calamari at Whiskey Blue. Let’s hope she didn’t drive back to her hotel after. What can diners expect from Cat Cora’s Kitchen? High-end comfort food that Cora hopes will help “change the landscape of American eating.” Nothing like a lesbian with ambition.

Cora was on hand Tuesday to launch her new airport restaurant concept that offers travelers high-end comfort food made with healthy ingredients and low-calorie preparations. The breakfast menu, for example, features an egg white scramble with Feta cheese, tomatoes and spinach. For lunch get a low-calorie Cobb salad with grilled avocado and chicken and for dinner try flank steak soft tacos. Prices range from about $6 to $20. (Although, if the company is paying, there is a grilled Angus New York Strip Steak with lobster mac and cheese for $31.)

Don’t be surprised if one day her Atlanta spot gets splashier with servers replaced by computerized, order-taking devices. No, really. Cora isn’t the only lesbian foodie hoping to expand her footprint in Atlanta. There’s that chicken sausage lady.