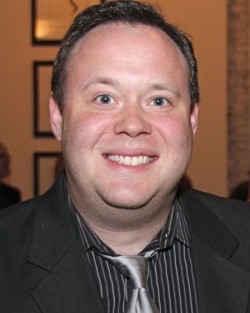 The gay artistic director of the LGBT-inclusive Actor’s Express made an impassioned plea Wednesday for donations to save the theater from “a true life or death moment.”

Freddie Ashley (photo) asks supporters of the West Midtown theater to help raise $50,000 in four weeks and an additional $150,000 over the coming four months to save the venue from a “dire” situation that threatens its 24th season.

“Our theatre is at a critical juncture — a true life or death moment. As you know from our many recent calls for support, we are fighting to make it through an extraordinarily difficult time for the arts in Atlanta. Decreased discretionary spending and a reduction in philanthropic support have dramatically impacted our revenues,” Ashley writes in an email to theater patrons.

“In spite of our efforts, though, we are faced with an impending deficit that quite literally threatens our existence. Without immediate additional support — above and beyond that already projected — we will be forced to close our doors. Specifically, to save Actor’s Express, we need $50,000 over the next four weeks, and an additional $150,000 over the next four months,” he adds.

Actor’s Express has a long record of offering gay and LGBT-inclusive productions as well as performance space to entertainers that are gay favorites. In May, the theater offers “The Judas Kiss,” which is a play about Oscar Wilde as he faces trial on indecency charges and his partner convinces him not to flee.

The theater, named Best Theater Troupe by Southern Voice readers in 2009, has also offered a cabaret with Libby Whitemore, known by many gays of a certain age for her long-running nightclub, as well as drag shows with Atlanta fixture Charlie Brown and performances by Logo’s Jeffrey Self and Cole Escola.

Last year, Actor’s Express staged “Good Boys & True,” a play about a sexual scandal at an all-guys Catholic school that included gay storylines. In 2009, there was the strong gay content of “Fair Use” and the Tony award-winning musical “Grey Gardens,” which was the theater’s most commercially successful show of the decade.

“I can’t say it any more plainly or sincerely. Actor’s Express is a cultural jewel and an Atlanta treasure,” Ashley says.