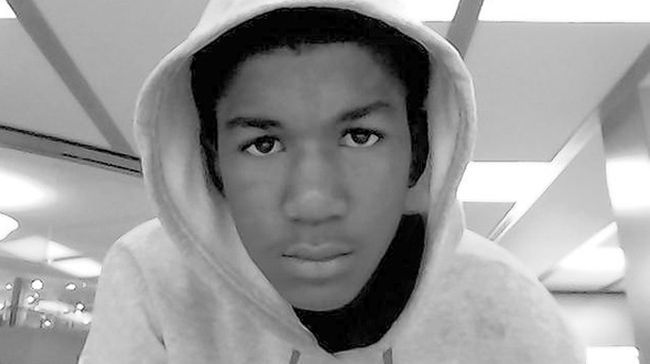 Cynics might call it a shrewd move. Critics may ask why it took so long. And cheerleaders will laude the attempt at coalition building. But 20 LGBT groups joined together Monday for a call to action in the killing of Trayvon Martin.

Cynics will question if some of the groups — including HRC and GLAAD — are just now “standing in solidarity” with Martin to help battle the long-running perception that they are part of a Gay, Inc. that just caters to the concerns of well-to-do, white gay folks. Or that it’s another effort to link the LGBT equality movement to the Civil Rights one. Martin is black; his killer George Zimmerman is white.

Critics will argue that it sure did take a while for the groups to find that Martin’s killing “unites us all.” Martin was shot and killed in February. Black LGBT filmmakers beat them to the punch. But hey, at least the coalition is saying something. Gay conservatives from GOProud are too busy mourning the death of conservative blowhard Andrew Breitbart to be bothered.

And then there’s the cheerleaders, who will surely deliver a round of applause to this new coalition and its demand for “answers and justice.” It’s positive to see LGBT groups rally around the rainbow flag to stand for social justice when there’s not a gay hook. How can LGBT activists ask others to stand with them on gay issues if they aren’t willing to spend some of their political capital on them? But it sure would be nice if Gay, Inc. came together when a black gay man is killed. Robert Champion anyone?

The full statement from the coalition of LGBT groups:

An Open Letter: Standing Alongside Trayvon Martin’s Family and Friends

The tragic killing of Trayvon Martin is a national call to action. Our hearts go out to Trayvon’s family and friends for the loss they have experienced. We stand in solidarity with them as they demand answers and justice. We represent organizations with diverse lesbian, gay, bisexual and transgender constituencies.

Many in our community have been targets of bigotry and bias. We have a great deal of experience grappling with the role bias plays in violent crimes against our communities. We well know the stories of young people targeted for violence just because of who they are: Rashawn Brazell, Lawrence King, Ali Forney, Deoni Jones, Brandon White, Matthew Shepard, Angie Zapata, Sean Kennedy and countless others.

Trayvon’s killing is a wakeup call to the enduring cancer of racism and racial profiling. The pain his family continues to endure transcends communities and unites us all. Every person, regardless of race, religion, sexual orientation or gender identity, must be able to walk the streets without fear for their safety.

Trayvon’s killing is tragic and the stark reality that racial bias played a role in his death has alarmed our nation. Questions must be asked. Answers must be sought.
And justice must be served. We join our voices to the chorus of so many others to demand that local and federal authorities find those answers. We stand in solidarity with Trayvon’s family and friends as they seek justice for his killing. In the timeless words of Dr. Martin Luther King Jr., injustice anywhere is a threat to justice everywhere.