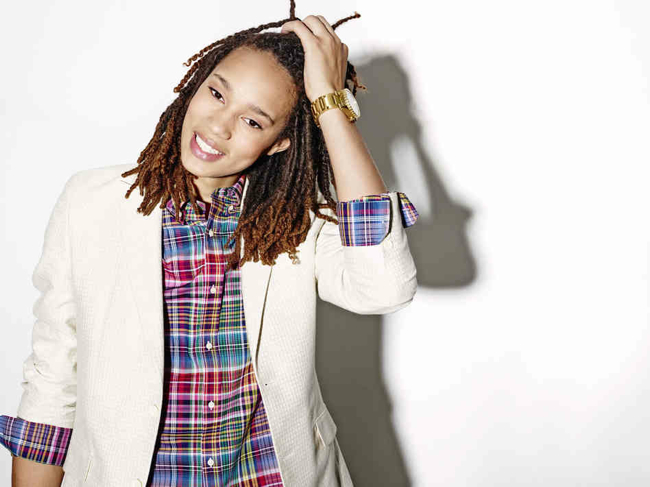 Our love for lesbian WNBA star and native Houstonian Brittney Griner continues unabated. This weekend, it gets a rejuvenating boost as she hangs with the Houston Dash then hits the HRC Houston gala.

We already gave you 21 reasons gay Houston is obsessed with the 6’8” pro basketball champ and former NCAA star who got her start as a Nimitz High School phenom. Now Griner’s back here in her hometown waxing poetic to the Chronicle about LGBT rights and the recent trend of Indiana-style, so-called “Religious Freedom” bills in state legislatures across the country, including Texas.

“It's 2015, honestly. It's stupid – flat-out dumb. If I was able to go to the men's Final Four, I wouldn't have gone for just even the chance of being discriminated against and told I can't sit down and eat because I fell in love with a woman. Or if I was a man who fell in love with a man. Whatever the case might be, it's dumb. Does it really matter? They're making money. I'm coming to your place to make you money. I'm giving you my money to eat your food – I don't want to be discriminated.”

As an out athlete, LGBT rights are personal for Griner. She doesn’t have time for anyone who doesn’t give her and her fiancée the respect they deserve.

I'll always look for that safe zone and stay around people that accept that. I don't even want to tolerate or deal with it at all.”

Like much of the last few years, it’s Griner’s weekend, and we’re just living in it. On Friday, Griner gets with her girls on the Dash at Compass Stadium for the soccer team’s match against the Washington Spirit. A Brittney Griner 4 Pack of tickets gets you and three friends into the game with drink tickets and a meet-and-greet with Griner as the honorary team captain for the night. There are also single-ticket Girls Night Out tickets, which comes with margaritas.

The key reason Griner is in town, though, comes on Saturday. That’s when the 18th annual HRC Houston Gala tuxes up and gowns down for your gay rights. Remarks from the stage by Griner are on tap, as well as a performance by gay Country crooner and Texas heartthrob Ty Herndon. Yes, gay Houston loves him longtime too.