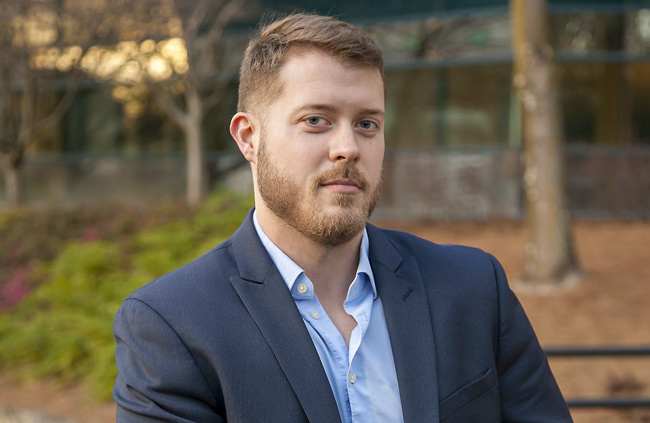 Gay Democrat Steven Knight Griffin hopes to overcome the odds on Tuesday and win a crowded primary in Georgia's 6th Congressional District so he can take on anti-LGBT U.S. Rep. Karen Handel in November.

Griffin, a former analyst with the Centers of the Disease Control & Prevention, has lived in the district for more 25 years. He is making his first political run but brings with him government experience through his work at the CDC. He focused on early childhood development, autism, the prevention of neural tube defects and the prevention of fetal alcohol syndrome during his time there.

“I’ve learned how government works and how it doesn’t,” he told Project Q Atlanta. “Being able to bring both of those perspectives to the table is important. This is not my first time wrangling with Congress and wrangling with policy issues.”

Due to the Hatch Act — which prohibits federal employees from engaging in partisan political activity — Griffin resigned from the CDC in order to run.

Healthcare, education and infrastructure are key campaign issues for Griffin. He calls for a public option on healthcare, the expansion of Pell grants to include full tuition to public U.S. colleges and “a huge Manhattan Project-style discussion” on infrastructure (“I would argue for about $1 trillion over 10 years”).

He criticized Handel, a Republican, for not engaging with district residents who opposed her.

“This is a very closely contested split district, and it’s simply unacceptable to have a representative who basically refuses to interact with half of the district,” he said. “You don’t necessarily have to agree with me, and I don’t think that our representative should necessarily agree with us 100 percent of the time. But it’s critical from a representation standpoint to hear out people even if they disagree with you.”

While on the campaign trail, Griffin has been quick to cite the man he credits with inspiring his candidacy.

“Were it not for my boyfriend, I don’t think I would have had the courage to make this run in the first place,” he said. “For me, this was really about securing a future and a nation that I felt like he and I could be proud of raising a family in.”

Should no candidate receive at least 50 percent plus one vote on Tuesday, the race will go to a runoff on July 24.

Griffin was one of six candidates profiled in the May 17 issue of Q Magazine.