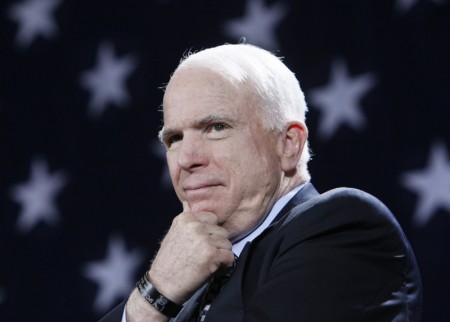 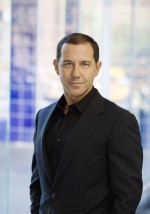 “John McCain’s answers to those well written questions do nothing but insult the intelligence of the LGBT community,” says Joe Solmonese (right photo), HRC’s president. “Senator McCain’s double speak fools no one. At the end of the day, his policies haven’t changed at all.”

The comments by Joe Solmonese, HRC’s president, came in response to a a written interview between McCain and the Washington Blade published on the newspaper’s web site Wednesday. In it, McCain says he appreciates the endorsement of the gay Log Cabin Republicans and hopes that “gay and lesbian Americans will give full consideration to supporting me.”

McCain also calls for improved HIV prevention efforts and treatment for gay men and African Americans, demurs on whether he would appoint a gay liaison in a McCain White House, would defer to military commanders when it comes to considering the repeal of “Don’t Ask, Don’t Tell,” says marriage is between a man and a woman and supports the proposed gay marriage ban in California, opposes a federal hate crimes law and says a child is best raised by heterosexual parents.

“I hope gay and lesbian Americans will give full consideration to supporting me,” McCain says in the Blade interview. “The stakes are high in this election. I will have an inclusive administration and I will be a president for all Americans.”

Solmonese didn’t mince words in his response to McCain’s statements.

“It’s interesting that John McCain thinks that being civil is going to win us over, but it doesn’t make up for the fact that he is against every single policy that would protect and promote equality for the LGBT community,” he says. “It’s 2008, ‘some of my best friends are gay’ doesn’t work anymore. Sorry, we’ve already had one ‘compassionate conservative’ in the White House for eight years, we aren’t interested in another.”

Find out where McCain and Sen. Barack Obama stand on several gay issues.