They want police Chief Richard Pennington out, an investigation into the raid and an apologies from Mayor Shirley Franklin. To which we say this: Thanks for playing, as the list of those calling for a probe into Thursday’s raid and the resignation of Pennington started a day after the incident. And, by the way, Pennington is out when a new mayor takes over in January.

The Libertarian Party of Atlanta is the latest group to issue a statement on the raid, which sent eight people to jail over a handful of underwear-clad dancers who apparently didn’t have a permit to strut their stuff but were supposed to. At least so say the SWAT-adorned police that raided the club and jailed them for allegedly violating a city ordinance.

The Libertarians, hands off kinda folks that they are, says consenting folks ought to be able to do whatever they want behind closed doors.

The Libertarian Party of Atlanta is deeply disturbed by the actions of the Atlanta Police Department (APD) when they raided popular Atlanta gay bar, The Eagle on September 10th. . In June 2009 according to statistics published by the APD, 331 crimes against persons were committed and there were 3,379 crimes against a property reported. The APD should be using their officers to protect the citizens of Atlanta, not raiding a private club containing a group of consenting adults.

The government has no right to determine what is a permissible activity within a private space between consenting adults. The Atlanta Police acted in a manner that would have been common in a different age. The Libertarian Party of Atlanta believes that all individuals, regardless of sexual orientation, preference or gender identity, deserve to be treated respectfully by the government and its agents.

It is to this end that we call for a public apology from Mayor Franklin and the resignation of Chief Pennington for this egregious abuse of government power and the rights of individuals. 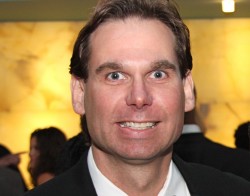 Then there’s the Georgia Log Cabin Republicans, who used the raid as another opportunity to take shots at Franklin and call for the ouster of Pennington, who — again — won’t be around when a new administration steps into City Hall in three months. The group’s president, Jamie Ensley (photo), says Franklin’s legacy is now tarred.

The Atlanta Police Department’s homophobic and brutal attack of LGBT patrons at the Eagle Club on Thursday night continues to reflect the complete incompetence of the Franklin Administration. Shirley Franklin’s legacy as mayor will now forever be marred as the most homophobic and incompetent administration in Atlanta history, and we strongly request that she immediately transfer all powers of the mayor’s office to the city council president and city council.

We are also demanding the firing of Atlanta Police Chief Richard Pennington. The police chief’s lack of regard for civil rights and excessive use of force by his police department to brutally attack Atlanta’s LGBT citizens is appalling and an outrage. In addition, we are requesting that the U.S. Justice Department investigate the incident and the Franklin Administration.

It is completely unconscionable that Mayor Franklin kept a blind eye, and allowed her police chief to frivolously violate the civil rights and attack Atlanta citizens, when she well knows that the police department has a shortage of officers to protect it’s citizens from the current violent crime mayhem plaguing our city.

The gay Republicans took a shot at Franklin in May when they called on her to resign over her handling of public safety in the city. Franklin, well, she showed a bit of her Philadelphia spirit in responding. 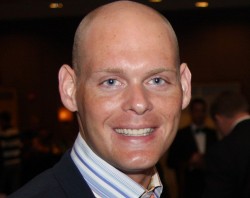 Then there’s the National Stonewall Democrats, a group whose interim executive director, Kyle Bailey (photo), is an Atlanta resident and activist. He issued a public letter on Friday to the mayor, City Council and political candidates urging a “full investigation.”

Last night the Atlanta Eagle was raided by the Atlanta Police Department. Officers forced patrons on the ground for up to two hours. Some patrons were handcuffed, drivers licenses were taken and background checks on patrons were done. Eight staff members of the bar were arrested and taken into custody.

It has been reported by a number of those in attendance at the bar last night that white police officers were overheard making comments like, “This is more fun than busting niggers with crack.”

I demand a full investigation of this incident – which is similar to other incidents that have taken place in Texas and California in recent weeks – to determine why the bar was raided, how the raid was handled and what the expected outcome was. This investigation should be performed by a commission of individuals appointed by the mayor and city council with direct input from the community and composed of citizens of Atlanta and not an internal investigation of the Atlanta Police Department.

In the least, this raid was handled poorly and reflects a pure lack of sensitivity to the history of oppression of LGBT persons and the on-going discrimination faced by LGBT Georgians and Americans. At most, this incident reflects a direct violation of the legal rights of law-abiding citizens.

If the former is true and this is a case of poor handling and lack of sensitivity, I would strongly recommend that the mayor and council consider suspending the city’s police chief and implementing new LGBT-specific sensitivity training for officers of the peace.

If the later is true and this is an instance of outright violation of the legal rights of law-abiding citizens of the city of Atlanta, I demand the immediate removal of the police chief and an apology to the citizens of Atlanta.

To the candidates for mayor of Atlanta, if you want my vote, if you want the votes and the financial support and the volunteer time of citizens of my community, and if you propose to lead this city effectively as mayor then you best get us answers about this incident quickly and take immediate steps to address our concerns.

At stake in how you handle this instance is your credibility and the trust between the city of Atlanta and her LGBT and allied citizens. If you fail, then you demonstrate failed leadership and you are not qualified to lead the city of Atlanta or any diverse communities or groups of people.

The paper chase on this raid is getting quite extensive, with four mayoral candidates issuing statements — some calling for an investigation — along with a gay candidate for the District 6 post on the council and even the Atlanta Police Department. The agency didn’t call for an investigation of itself; instead they argued “criminal behavior” was observed in the Eagle before the raid and taunted the public by adding that no official complaints had been filed over the incident. That’s expected to change on Monday.