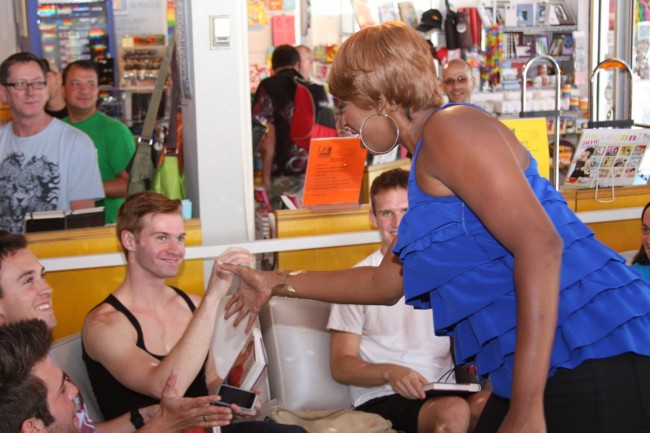 NBC’s “The New Normal” pilot is about a blended family of a gay male couple and their baby surrogate. NeNe is set to play the frequently recurring, frequently sassy role of Rocky. The rest of the details on her character are being worked out, according to TV Line.

NeNe’s not moving. If NBC picks up the series after the pilot – and everything Murphy touches does seem to get a chance after the success of “Glee” – NeNe will be spending more time in L.A., but promised fans via Twitter that she won’t leave Atlanta for good.

So don’t worry, gay Atlanta fans. You’ll still be able to spot her smile at appearances like gay-ally book signings (photo), LGBT gala dinners, and more local-location Bravo reality shoots, whether it’s with or without the other “Housewives.”