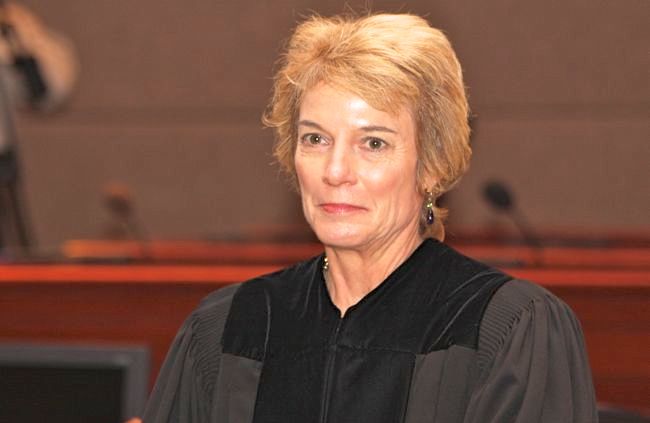 A lesbian who is Fulton County's top judge won't seek re-election this fall, finally settling on a long-contemplated retirement and part-time move to another country.

And at least two challengers, including one who has picked up gay endorsements for past campaigns, are already planning to replace her.

Fulton Superior Court Chief Judge Cynthia Wright told the Daily Report that she is stepping down this year and may (or may not) complete her term. Wright (top photo) has been a Superior Court judge since 1996.

Wright said she had long been contemplating retirement. "I decided when I last ran that that would be my last time," she said. "I believe change is good for individuals and for institutions, and it's time for a change."

Wright said she planned to "keep a footprint in Atlanta working with legal community here; I'm also going to move to another country part-time, learn the culture, learn the language, and help the people there."

Wright said she isn't seeking re-election this year, but wouldn't confirm if she'll serve out her term. Superior Court Judge Gail Tusan was recently picked to replace Wright as the court's chief judge on Feb. 1.

"I'm not qualifying to run, and I'm not committing to finish out my term," Wright said.

Wright delivered the oath of office to Joan Garner in 2011 when she took office as the first openly gay member of the Fulton County Commission. Wright watched in 2013 when Garner's longtime partner, Jane Morrison, was sworn in as a Fulton State Court Judge.

Wright was publicly outed in 2003 when her then-partner shot her twice in the driveway of their Morningside home.

Candidates are already lining up to replace Wright on the bench, including Fulton magistrate Jane Barwick and attorney Shelitha Robertson (bottom photo), according to the Daily Report.

Robertson lost her 2010 bid for Fulton Superior Court, a campaign that included an endorsement from Atlanta Stonewall Democrats. Georgia Equality backed her in the run off and her unsuccessful bid for Atlanta City Council in 2009. Robertson lobbied for gay votes at several LGBT events including the Pride parade in 2010. She is credited with securing bail for the Eagle 8 when they were jailed in the botched Eagle raid in September 2009. 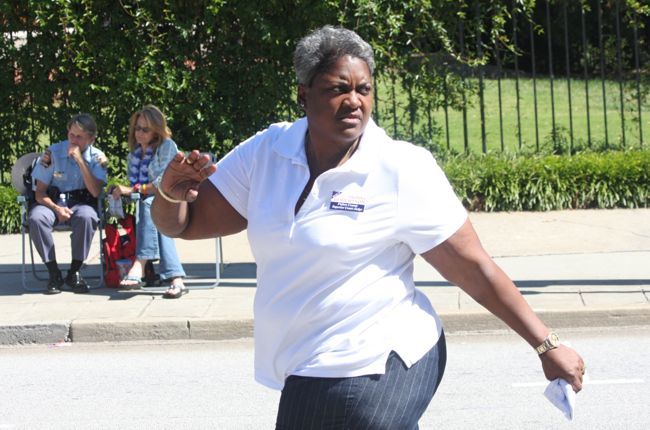