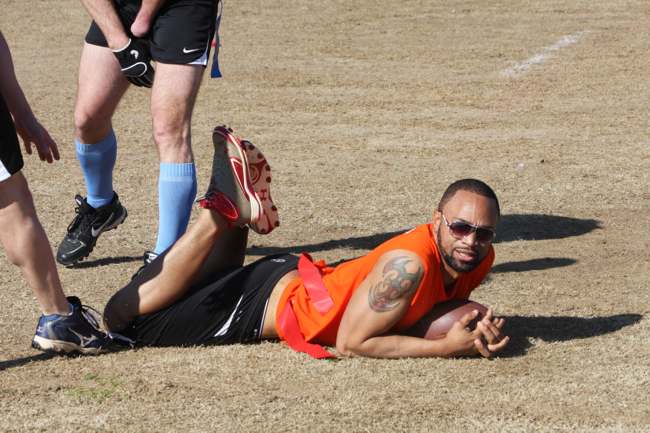 It only took a few beer busts and warm up drills to get here. But the gay jocks of the National Flag Football League of Atlanta opened their season on Saturday. Sort of.

The games at Boulevard Crossing Park in southeast Atlanta were preseason match ups, so they don’t count in the march to the June playoffs. But you wouldn’t know it from the intensity on the field. Of course, there were margaritas for everyone after the games.

The league’s 10 teams open the regular season on March 23.