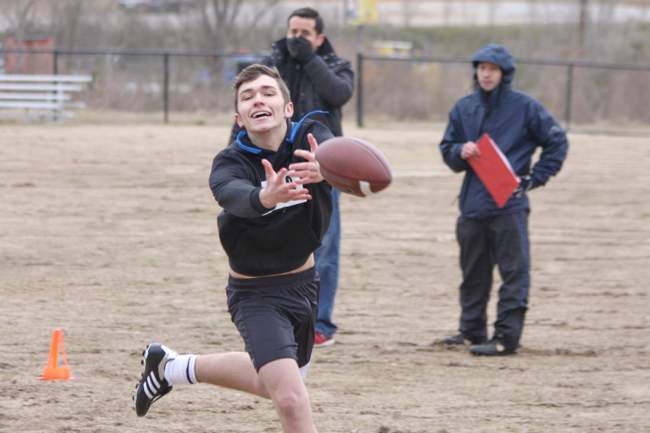 It seems like just yesterday that the jocks of the National Flag Football League of Atlanta were toasting the end of their season. But there they were on Saturday, bundled up and training for games that start later this month.

The gay league hosted a two-hour mini camp on Saturday at Boulevard Crossing Park, the second session to recruit new players, teach them the basics and evaluate them ahead of the Team Reveal Party on March 9.

The season officially kicks off March 23, though there’s a slate of pre-season games scheduled for March 16. And a March 17 margarita bust that will look something like this.