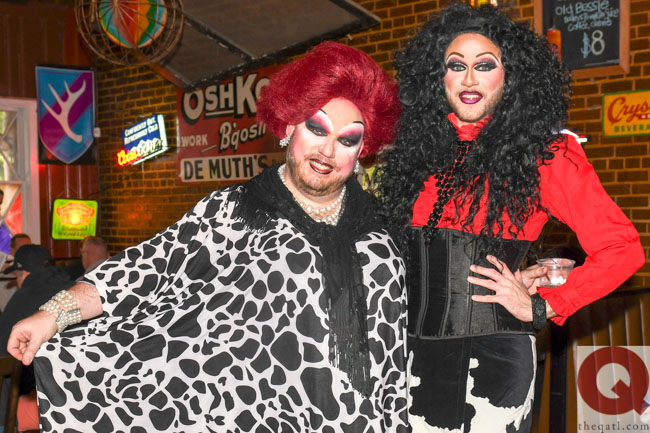 Cowtippers — the iconic LGBTQ popular restaurant once slated to close earlier this year — appears to be closing before the new year “for good,” according to a message on the restaurant’s website.

“The sun is finally setting on the ol’ Cow,” the message said. “Cowtippers will be closing for good for dinner service on December 27th. We would like to thank you for the years of great memories.”

The messages is signed “We love you. -The Cowtippers Family.”

Tomorrow’s News Today reported in November that “an applicant working on behalf of Chase Bank” discussed plans for a new bank branch on the property with the Beltline Design Review Committee. A representative for Metrotainment Cafes — which owns Cowtippers and several other restaurants popular with LGBTQ Atlanta — told Project Q Atlanta at the time that the sale was not a done deal yet.

Metrotainment announced the closure of the restaurant in January. The property was going to be sold to make way for the construction of a high-rise apartment building, Tomorrow’s News Today reported at the time.

But Metrotainment said an “outpouring of support” convinced them to delay closing the restaurant. In February, they said it would remain open “for the foreseeable future.”

Cowtippers celebrated its 25th year in business this year.

Metrotainment spokesperson Tori Allen did not respond to questions about the restaurant’s upcoming closure.