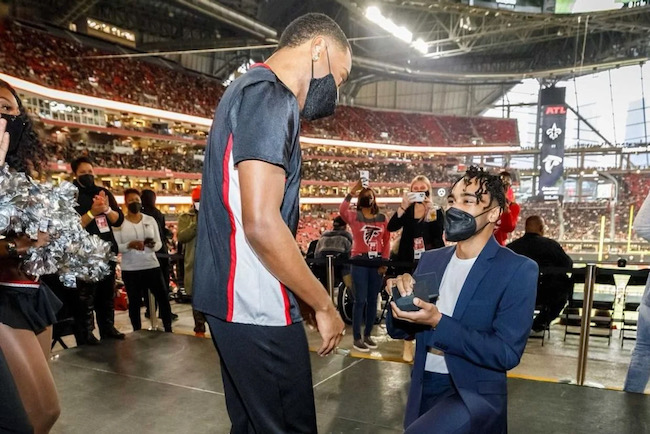 LGBT Atlanta shows out in unexpected ways sometimes. That certainly goes for one of the NFL’s only out gay cheerleaders, Ben Ajani. But even he couldn’t have predicted what went down at the final Atlanta Falcons game of the season.

As the team prepared to close the season against the Saints on Jan. 9, Ajani’s boyfriend Dominic Williams proposed marriage. He did so with the help of Ajani’s coach and fellow cheerleaders, who were in on the surprise.

“I’ve always had a dream that it would happen this way,” Ajani told NBC. “All cheerleaders want to get proposed to at a game. It’s such a big part of your life.”

“You cheer and dance your whole life, and your teammates are really special to you, because you spend so much time together,” he added.

Between the national anthem and the kickoff, the Falcons cheerleading coach asked Ajani to do a promotional appearance in the stands. When he arrived, Williams was down on one knee with a ring.

Ajani is one of few gay male cheerleaders in the NFL, according to NBC.

Ajani began cheering for the Atlanta Falcons in 2020 and has since been part of a small group of openly gay male NFL cheerleaders. He shared how in 2018 he witnessed a wave of  male cheerleaders auditioning for the NFL cheer teams, which ultimately inspired him to audition two years later.

“It’s one of the top things I’ve ever done in my life, and now it’s even more special because of the fact that I got engaged at a game,” he told the network.

Even the team mascot got in on the celebration. 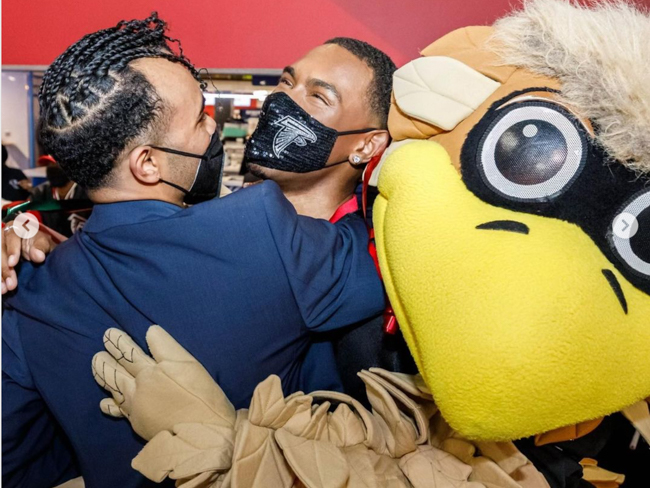