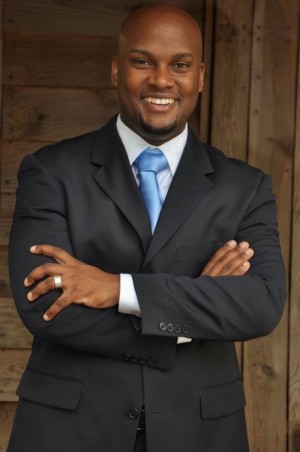 A gay former Marine who lives in East Point hopes to unseat a gay-friendly Democrat on his way to becoming just the second openly gay man in the Georgia House and its first gay veteran. William Phelps qualified on Thursday to take on three-term incumbent state Rep. Margaret Kaiser for the District 59 seat. Since both are Democrats – and there’s no Republican opponent – the July 31 primary will decide the race. Phelps is one of at least seven LGBT candidates running for the state House – four are incumbents; three are challengers. “My background, some of the things I’ve done and the way I connect with people really make it the perfect time and maybe it’s time to change things up a bit,” Phelps says. “The basis of me running has nothing to do with LGBT issues as a whole. I am running as a black gay veteran who happens to care about our community and wants to see it thrive.” A reconfigured District 59 now includes Phelps and his East Point home, along with portions of Midtown, Grant Park, Inman Park, the Old Fourth Ward and southwest Atlanta. Phelps moved to East Point after eight years in the Marines and got to know state Rep. Ralph Long, whose former district included the area. Thanks to Republican-led redistricting last year, Long is running against state Rep. Simone Bell, a lesbian, for the District 58 seat. A gay v. gay-friendly race for the General Assembly is not unusual. Kaiser faced – and defeated – a gay Libertarian challenger in 2010. In July, in addition to the Bell-Long race, state Rep. Rashad Taylor, who is gay, will face gay-friendly Rep. Pat Gardner. In District 56, longtime gay politico Ken Britt is running against progressive former state Rep. “Able” Mable Thomas. But the Phelps-Kaiser race is sure to add to Georgia Equality’s endorsement pickle. Phelps, a Mississippi native and transportation manager for a regional trucking company, has been active in south Fulton and East Point politics since he and his partner moved there two years ago. The District 59 race marks his first run for state office. “I want support from everyone, not just the LGBT community. However, I want people to say that we now have someone who is one of us and is actually gay. There are a lot of stereotypes in the African-American community when it comes to me being black and gay. It will show a different side of us,” Phelps says. Phelps says that beyond advocating for veterans’ rights and issues related to the economy, transportation and education, he would also lobby for a several LGBT issues: a hate crime law, a workplace protections bill for gay state employees that was introduced in 2011, bully-free schools and adoptions by same-sex couples. “I would bring a different type of look and feel to LGBT issues at the House. I am a veteran and I served our country for eight years in the Marines. The key thing is really getting down to the roots of why legislators won’t support gay bills,” Phelps says. Adoption is an issue near and dear to Phelps. He and his partner hope to one day adopt a child. “It is so difficult to adopt being gay in Georgia. I want to kind of introduce some of these things [to lawmakers] and do it in a way that they understand that people deserve rights. I will fight for that until the day I die,” Phelps says. Phelps says that running as an openly gay candidate won’t be a hindrance, even in more conservative areas of East Point where anti-gay tensions have flared in the past despite a gay City Councilmember and gay-inclusive city policies. But his campaign website, still under construction, does not mention his partner or that he’s gay. Phelps says he’s seeking an endorsement from Georgia Equality. “There is no studying when it comes to being gay, you live this. I am from Mississippi, it is straight Bible and I grew up in it. All people deserve rights – my family taught me that. Voting for me is voting for someone who has represented the entire country, has worn the uniform and is proud to be gay,” Phelps says.