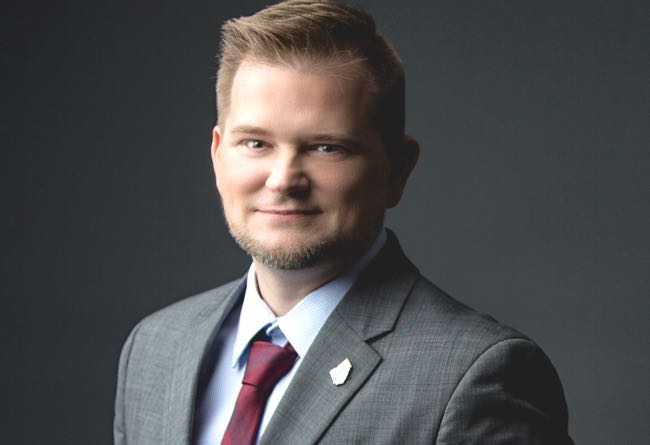 Adam Wynn – a gay Democrat and self-employed entrepreneur – launched a bid for a metro Atlanta Congressional seat, hoping to unseat an incumbent who has condemned LGBT people and cozied up to supporters who do the same.

Wynn formally announced his run for Georgia's 11th District on Tuesday, focusing on a campaign platform of expanded healthcare, boosting environmental protections, protecting consumers from financial fraud, raising the minimum wage and passing the Equality Act. The legislation, introduced in 2015, would bar discrimination against people on the basis of their sexual orientation or gender identity by amending existing federal laws, including the Civil Rights Act of 1964.

“I want people of my district to know I have the energy, stamina, and the team to go the distance against the Republican incumbent. I’m an internet software professional, a former small business owner, and I’m the son of working-class Americans,” Wynn said in a prepared statement.

Wynn highlights “LGBTQ+ Rights” among 15 campaign issues on his website:

It is time to make sure that everyone in our country is protected from discrimination based on their sexual orientation or gender identity. No one should have to fear losing their job or being denied access to things like healthcare, housing, or credit simply for being who they are and loving the person of their choosing.

As a member of the LGBTQ+ community, I know the importance of and far-reaching benefits of equality. I believe strongly in equal protections for all Americans, and that’s why I fully support the Equality Act currently introduced in Congress by Representatives John Lewis and David Cicilline, and Senators Jeff Merkley, Tammy Baldwin, and Cory Booker.

Wynn said he “understands the struggles” of people who live in the district.

“I’m tired of politicians who say they’ll represent us in Washington, only to have them rubber stamp the agendas of big corporations and lobbyists while ignoring the needs of those who sent them there. It is time we have a representative who is in touch with people all across our district, and understand the struggles we face every day. I intend to win this election and be a leader in Washington, D.C., not a follower. My friends and neighbors across this district deserve nothing less,” he said.

The district stretches along Interstate 75 from the Atlanta suburbs to Adairsville and includes portions of Smyrna, Marietta, Kennesaw, Acworth, Cartersville, Woodstock and Canton. It also includes Bartow and Cherokee counties, along with portions of Cobb and Fulton.

Wynn lives in Waleska, which is a small town in Cherokee County. If he wins, Wynn would become the first-ever openly gay man elected to Congress in Georgia. Seven LGBT people currently serve in Congress.

Wynn faces an uphill battle against Rep. Barry Loudermilk, a Republican and longtime state lawmaker who was first elected to Congress in 2014. But the gay challenger would provide a counter weight to Loudermilk's anti-LGBT record. He has a history of heated rhetoric aimed at LGBT people, immigrants, Muslims and others. And when he's not spewing his anger at people not like him, he's glad-handing supporters that do.

In 2015, Loudermilk said the U.S. Supreme Court overstepped its bounds by legalizing same-sex marriage and added that the court sometimes “gets things wrong.” He compared the court's ruling to past decisions about slavery and the Dread Scott case.

Loudermilk has also argued that the country needs stronger “religious freedom” bills like the First Amendment Defense Act to prevent the government from bullying people. And by people, he means conservative Christians like him. Loudermilk has also backed fired Atlanta Fire Chief Kelvin Cochran, who was dismissed over his anti-gay, misogynist and anti-Semitic book.

Sometimes, Loudermilk lets others do the hate-mongering for him. The Family Research Council – classified as an anti-gay hate group by the Southern Poverty Law Center – endorsed Loudermilk in 2013. Debunked conservative historian David Barton has also backed Loudermilk, who has called Barton “a great expert on the U.S. Constitution.” Barton, in turn, has said God condemns homosexuality through AIDS.