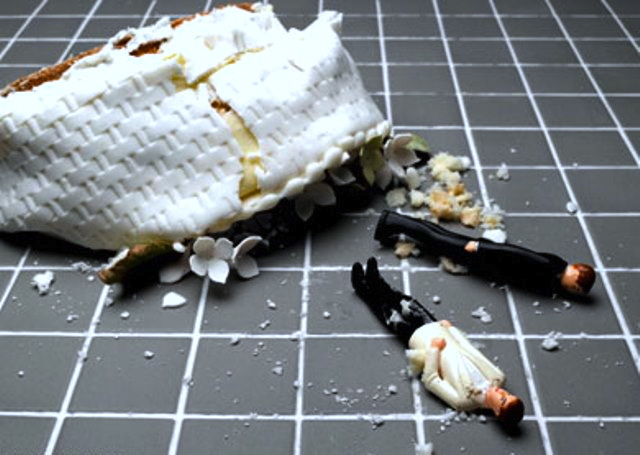 Once you and your same-sex spouse come back to Georgia with a gay marriage license from another state, be warned. You might have to stay married even after you put his ugly sweaters on the curb for street people and send his cooler stuff to Atlanta's new LGBT youth thrift store.

Staying together for an eternity may sound good right now, but its equal and opposite nightmare plays out all-too regularly in the Atlanta law offices of gay-run Kitchens New Cleghorn. When he’s not protecting your same-sex relationship in Georgia, local gay family law expert Jeff Cleghorn is helping navigate confounding obstacles to your big gay divorce if things go sour, according to a public warning the firm put out to its gays on Wednesday.

“I frequently receive calls from married same-sex couples whose relationships have hit the rocks, asking what they can do. The short answer, in most cases, is not much. Georgia's courts are prohibited from granting gay divorces, leaving many former same-sex couples in legal limbo,” says Cleghorn.

“It seems almost inevitable that Georgia's gay marriage ban will eventually fall, but perhaps not as soon as gay and lesbian couples would hope,” Cleghorn says. “Until then, married same-sex Georgia couples' relationships remain uniquely vulnerable under Georgia law.”

As impossible as it is to get gay married down South when you can’t get enough of your guy, it’s even harder to rid yourself of him when you can’t stand another minute and strew his stuff across the porch and lawn. You can't find resolution here since Georgia’s twice-baked ban on gay marriage doesn’t recognize your relationship in the first place, and marriage states like New York and Massachusetts are all smiles and license fees to get you married but require residency for you to tie up their divorce courts.

A little research in advance about laws in your dream destination wedding state could help avoid headaches down the road. But if you simply must get hitched in New York City or Boston, for example, Atlanta's gay legal eagles like Cleghorn might be able to help unravel it when you're sick of each other’s shit.

If you do have to employ an expert to find solutions inside and outside of Georgia's legal system down the road, Lost N Found will totally make good use of those pesky memories that you have left around the house after you kick your partner to the curb.