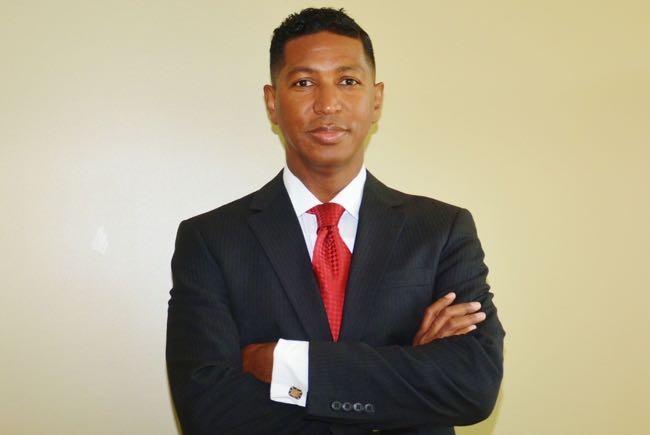 Rafer Johnson, who along with husband Kelly Johnson have breakfasted to honor MLK, toasted gay marriage with hundreds, was half of a “Most Inspiring” gay couple, and picked sides in a Fulton County race last year (second photo), announced earlier this month that he's campaigning for the District 62 seat after incumbent state Rep. Ladawn Blackett Jones said she won't run again.

“Through my years of leadership in various organizations and community-led efforts, I have developed many of the skills necessary to find solutions, create strategic alliances and forge productive new paths,” Johnson said in a May 4 Facebook post. “I plan to use my diverse talents and experience in the private sector, non-profits & public sector to support the citizens of District 62.”

Johnson said his campaign will continue his advocacy for equality and opportunity.

“My friends will tell you that at my core, I am an advocate for fairness, equality and opportunity for all. That along with immense support from family and friends are among the reasons that motivated me to seek your vote as your Representative,” Johnson said.

Johnson hopes to become the first openly gay man elected to the Georgia General Assembly. Josh Noblitt, a gay pastor and neighborhood activist, confirmed this week that he's campaigning for the District 59 seat. Both men face long odds. Some 12 gay men have tried – and failed – to win a seat in the state legislature in the last decade.

Johnson hopes that his experience working on local issues will be a boost to his campaign. He's a Delta flight attendant and serves on the Atlanta Beltline Tax Allocation District advisory committee and a member of Leadership Atlanta in 2009, according to Georgia Unfiltered.

District 62 includes portions of College Park, Douglasville, East Point and unincorporated potions of Fulton and Douglas counties. Johnson, a Democrat, is likely to face a crowded field in the Democratic primary in 2016. 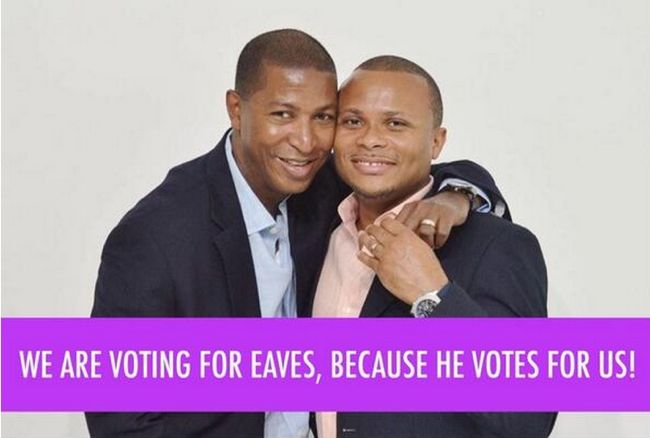 As an engaged private citizen, it has been a privilege to be at the forefront of various community initiatives, most recently – the fight for equal representation in unincorporated south Fulton County through Cityhood. This engagement has allowed me to create strategic alliances and recognize that our community needs fresh, strong leadership. As we enter a new phase, one in which our current Representative, LaDawn Blackett-Jones (LBJ) is not seeking re-election, I have decided to offer myself as the next change agent for GA House District 62. We need to continue on the trend LBJ started, so with the support of my family, friends and neighbors, I have decided to declare my candidacy for GA State Representative, District 62.

Through my years of leadership in various organizations and community-led efforts, I have developed many of the skills necessary to find solutions, create strategic alliances and forge productive new paths. I plan to use my diverse talents and experience in the private sector, non-profits & public sector to support the citizens of District 62.

If I am elected as your State Rep., one of my priorities will be Economic Development. To do this, we need productive dialogue between the community, business and legislature to ensure that we create a vision that draws the right investment. Doing this right, will help to move College Park, East Point and unincorporated Douglas & South Fulton along the path to continued success and prosperity. Far too often, constituents feel left out of the legislative process and not heard by their elected officials. We need everyone to participate in governance and I strongly believe this is how we obtain the best results and match what the community needs.

As your State Rep., I will ensure that all of District 62’s constituents are heard. Balanced, Fair growth and Prosperity are values we can all support, regardless of party or personal ideology and I intend to work with all persons who can help our area rise.

As I have traveled throughout the District as an active citizen, I see the assets we have – we can use teamwork and persistence to make us even greater! I strongly believe we can harness these values and fight to preserve what we like, create more opportunities to invest in our children and our future.

We must build on the foundation, Rep. Jones and others before her, have laid. I will take the baton from her and represent you using my experiences, your input and ideas to create the right vision for District 62. As I have traveled globally, I have seen first-hand ideas that have improved quality of life and created jobs – I would like to explore how some of those ideas, adjusted for us, can do the same here.

My friends will tell you that at my core, I am an advocate for fairness, equality and opportunity for all. That along with immense support from family and friends are among the reasons that motivated me to seek your vote as your Representative. If elected, I will certainly adhere to my core values and represent the District with the care and respect it deserves. It is my goal to be YOUR elected leader with the key word being ‘elected’, for me, that means I am accountable to you. Elected officials should be servant-leaders and I plan to be one. So I am asking the residents of GA House District 62 to elect me, Rafer Johnson, to be YOUR new State Representative in 2016!