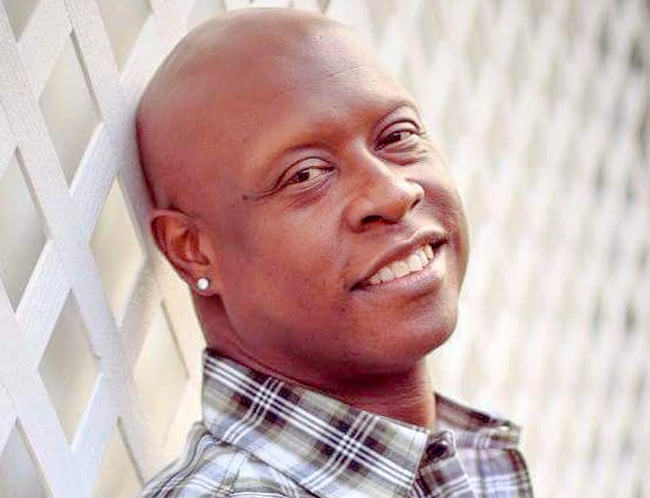 A gay DeKalb County man and beloved Emory University Hospital employee was shot in the head and murdered in his dining room. Police are asking for the public's help in tracking down his killer.

Frankie “Tyrone” Russell was found dead at his home on Deer Springs Drive in Ellenwood at around 9 p.m. on Oct. 5, according to DeKalb police. Russell, 48, was a longtime player for the Hotlanta Softball League and worked for Emory University Hospital doing medical billing.

Russell and the suspect spent about an hour in the home before the shooting. The suspect tripped a garage door alarm on his way out of the home but was gone by the time police arrived, according to an incident report from the DeKalb County Police Department.

Police found Russell in a pool of blood “laying on the floor near the dining room table, with his shorts off and lying on top of him,” according to the incident report. A police spokesperson declined to address how the men met or the nature of their relationship to Project Q Atlanta.

DeKalb police are asking for the public's help in identifying Russell's killer. Police recently released photos of the suspect, who may go by the name “Black.”

“Surveillance video from inside the home shows Russell and the male suspect moments before the suspect fatally shoots Russell,” DeKalb police wrote on Facebook.

Police also shared a brief video of the suspect on Twitter.

Murder Suspect Wanted: The DeKalb County Police Department need your help identifying the man wanted for the murder of 48-year-old Frankie T. Russell. On Sat., Oct. 5, 2019, Russell was murdered in his own home on the 2300 block of Deer Springs Dr. (1/2) pic.twitter.com/4x1oYPhiHe

Anyone with information should contact CrimeStoppers at 404-577-8477 or through its website. Tips can be shared anonymously and information that leads to an arrest and indictment may result in a reward of up to $2,000.

Russell was beloved at his Emory University Hospital job, according to longtime friend and co-worker Catrina Boles.

“He was the glue that held a lot of people’s lives together, he was our prayer warrior, our chef, our event planner, our choir singer and director,” Boles told Project Q Atlanta. “He was the social butterfly that would get the party started in a flash and I am angry that he was snatched away from us.”

Boles launched a GoFundMe campaign to raise more reward money for the arrest of the killer. Some $850 of a $5,000 goal has been raised.

The Hotlanta Softball League remembered Russell as “a true ambassador for our league and our game” in an Oct. 7 Facebook post.

“He was passionate about all the things he loved, and he shared those passions freely with the world,” they wrote. “From softball to church to cooking to singing, Tyrone's family and friends knew that if he was involved in anything, he was going to bring a 'go big or go home' attitude to it.”