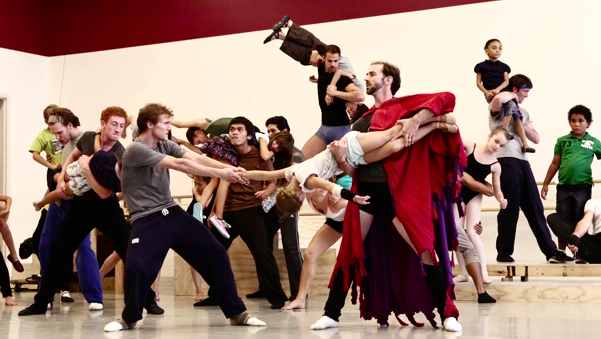 Although he’s no stranger to dancing, openly gay Atlanta native Tommy Panto calls his work in the highly anticipated Twyla Tharp ballet “The Princess and the Goblin” one of the high points of his career. The show opens Friday at the Cobb Energy Centre. 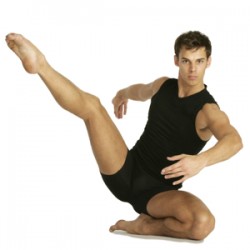 Produced by Atlanta Ballet, “The Princess and the Goblin” is a world premiere by the iconic Tharp (watch preview video below). It’s based on a 19th-century story by George MacDonald about young Princess Irene, who lives in a mountain kingdom and soon learns that human-hating goblins are lurking in the mines outside. When the goblins crash a party and steal the other children in the village, Irene must go to the underground and save them.

In the ballet, which Tharp has been considering for 20 years, Panto (second photo) plays one of the goblins, Sir Nene. He compares the character to Lenny in the classic Steinbeck novel “Of Mice and Men.”

This is his first time the dancer has worked directly with Tharp, although he is certainly familiar with her work. He calls Tharp extremely knowledgeable and smart. She also knows what she wants.

“I was very nervous about auditioning,” he admits. “She is constantly bringing out the best in each dancer and having us finding the character.”

Especially relevant for LGBT audiences is the fact that the goblins aren’t defined by gender in the show, says Panto, so there are moments when men are dancing together. He also calls the production funny and comical, with great costumes.

Panto is quick to praise the 34-member cast (top photo in rehearsal), who have been readying for the show since last summer.

“We push the limits just like Cirque du Soleil,” he says.

Panto, an Atlanta native, has been with the Atlanta Ballet for four years, and this is his second year as a member of the official company, following an apprenticeship. He has been seen in ballets including John McFall’s “Don Quixote,” where he was the lead.

The celebrated Tharp – who has choreographed films such as “Hair,” “Ragtime” and “White Nights,” won a Tony for “Movin’ Out” and an Emmy for her work for TV’s “Baryshnikov” – has developed a liking for the city. This is her second world premiere in Atlanta – a few years ago, her “Come Fly Away” musical debuted at the Alliance.

Twyla Tharp’s “The Princess and the Goblin” runs through Feb. 19 at the Cobb Energy Centre. Buy tickets online.