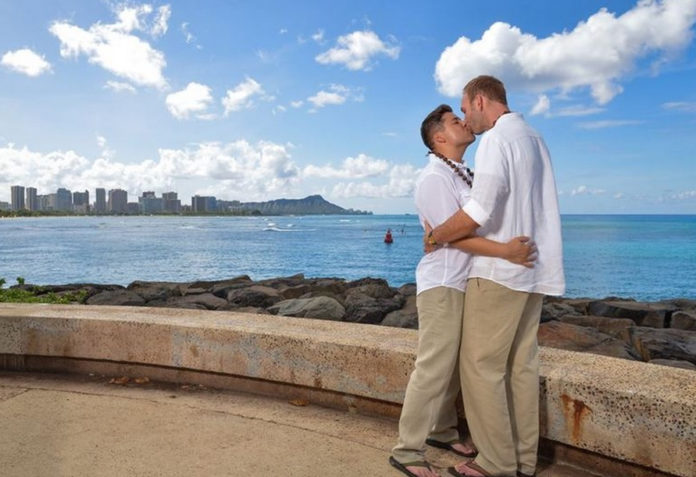 We just knew there were more than a measly three same-sex weddings in Atlanta. After we asked you to correct a glaring omission in the Atlanta Journal-Constitution, gay and lesbian couples responded in droves.

We must admit, there was no way to predict that there were quite so many pairs ready to overrun an entire AJC feature. Still, we’re thrilled to see couples stage a coup of wedded bliss in Atlanta Gets Married 2014. It celebrates pairs who tied the knot in 2014 with reader-submitted wedding photos from all around the metro area.

When we brought it up, there were 57 overall submissions, and only three of them were gay. Within a day of pointing out that the ratio was a crappy representation in a marriage-hungry year for the LGBTs, some 26 new photos were submitted, and an amazing 24 of those were same-sex couples. Way to rally, people!

We rounded up a few of our favorites, like Robert Fusi and Ricardo Corporan (top photo). The rest appear below with the caption they submitted to go with it. They include the couple we specifically suggested, Atlanta Opera singer David Daniels and husband Scott Walters, whose nuptials were officiated by none other than U.S. Supreme Court Justice Ruth Bader Ginsberg (first photo below).

You can also go view the AJC’s whole batch, and add your own via e-mail or by using the hashtag #ajcwedding on Instagram or Twitter. 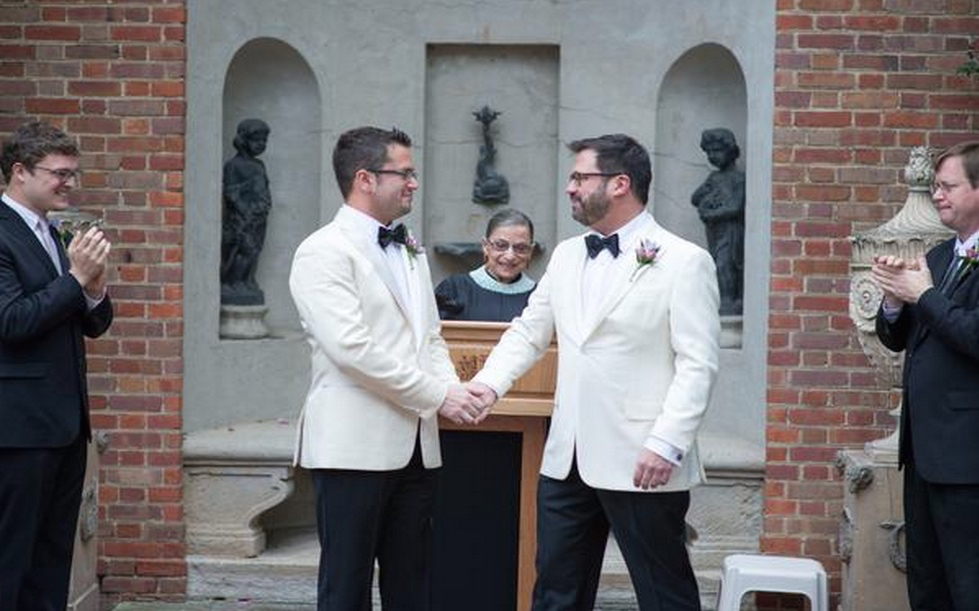 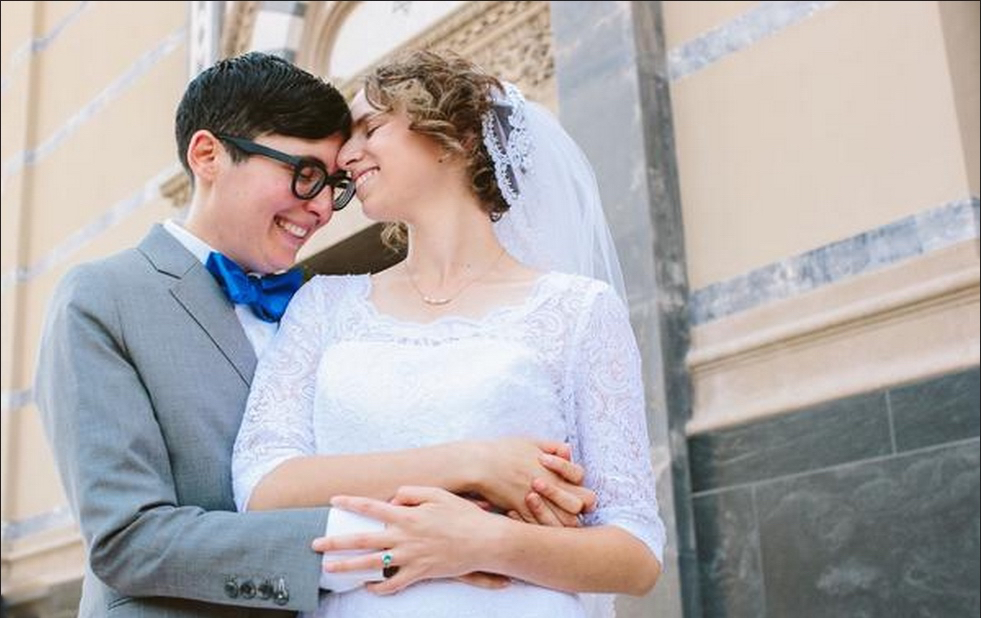 @emetzyon and I got married this year, but we went 2 LA. We would have considered ATL if it was legal! #ajcwedding — @jessozar 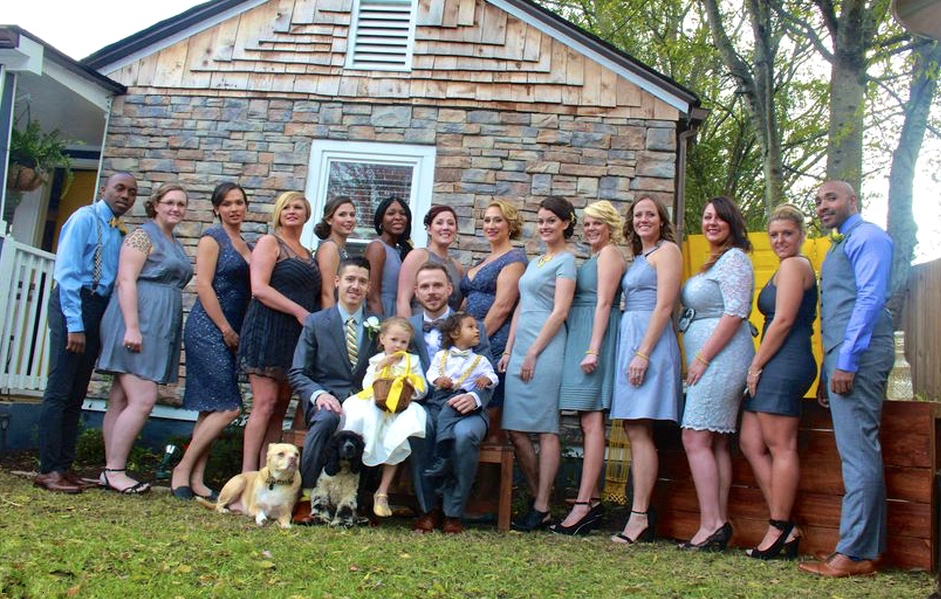 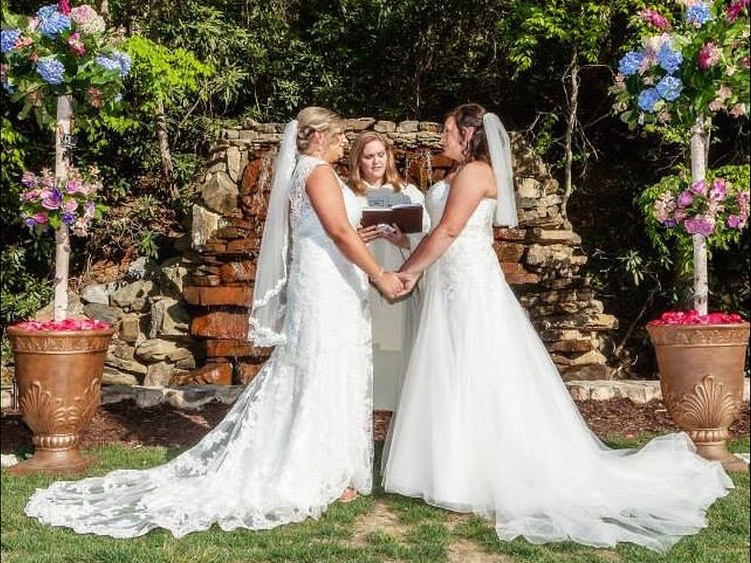 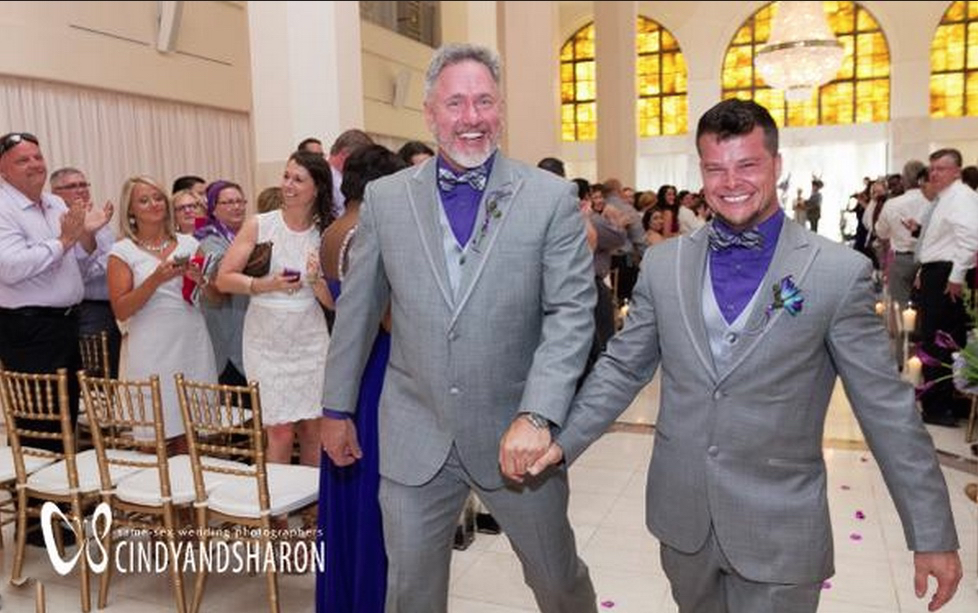 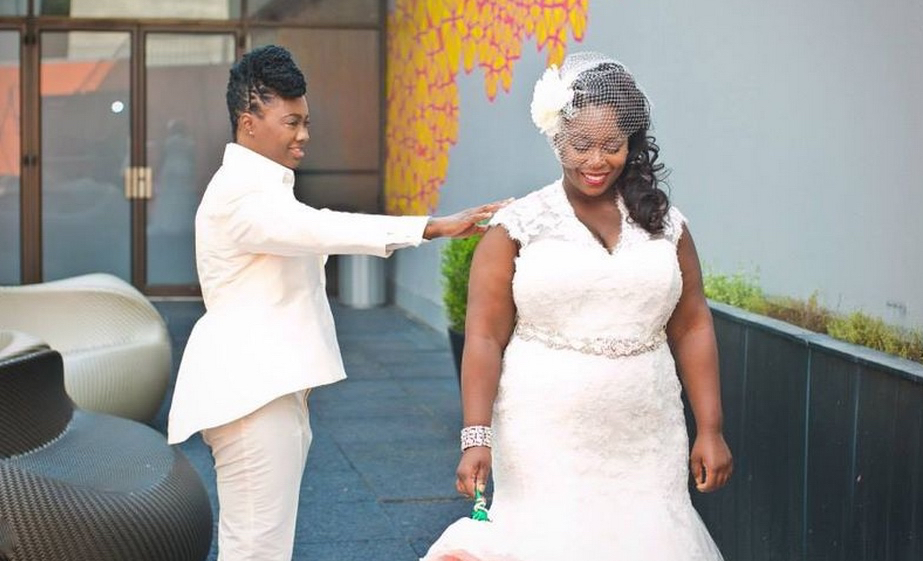 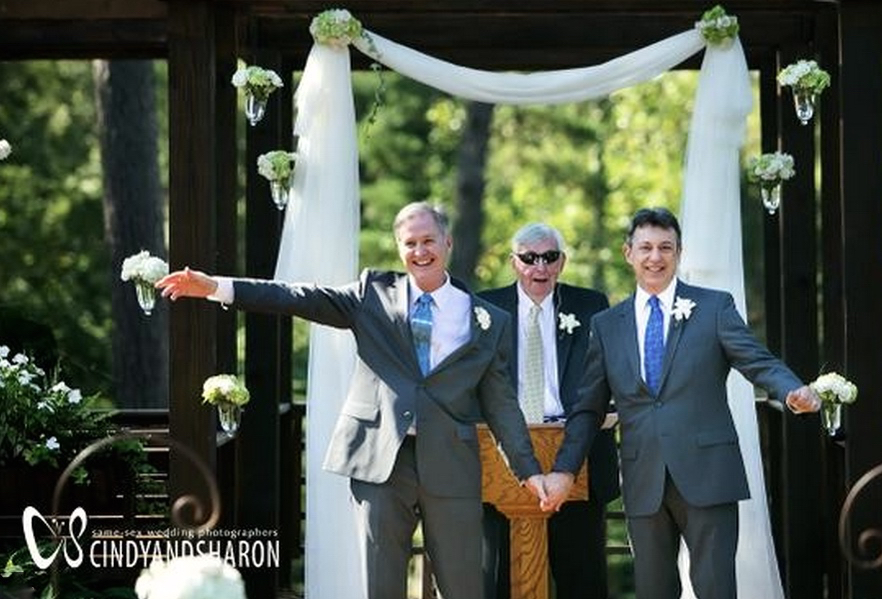 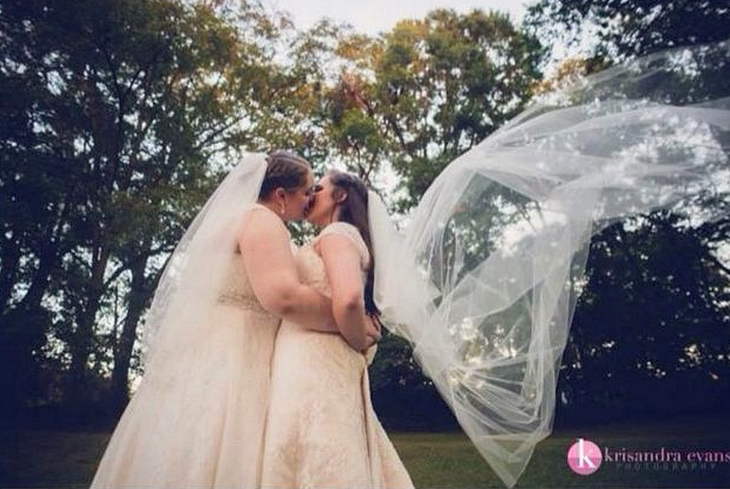 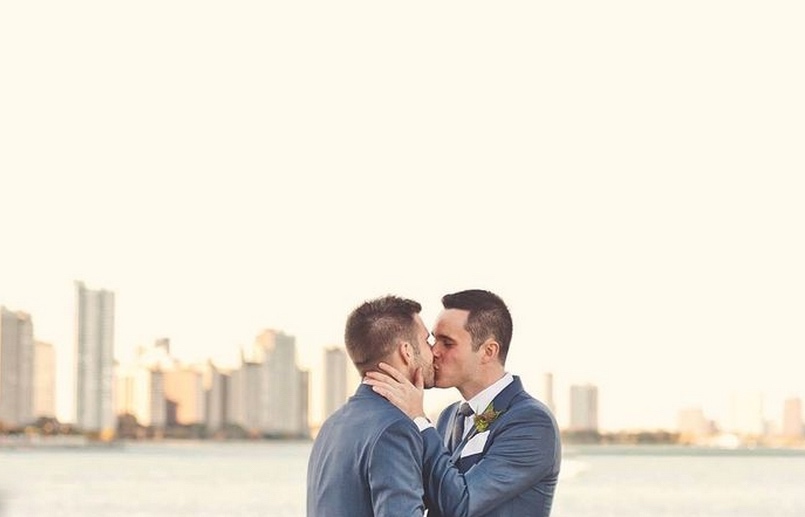 Cory and I were married in Chicago on Oct.11, 2014. As a Canadian-American couple living in Atlanta, we are thankful to have the right to be legally married. – Craig 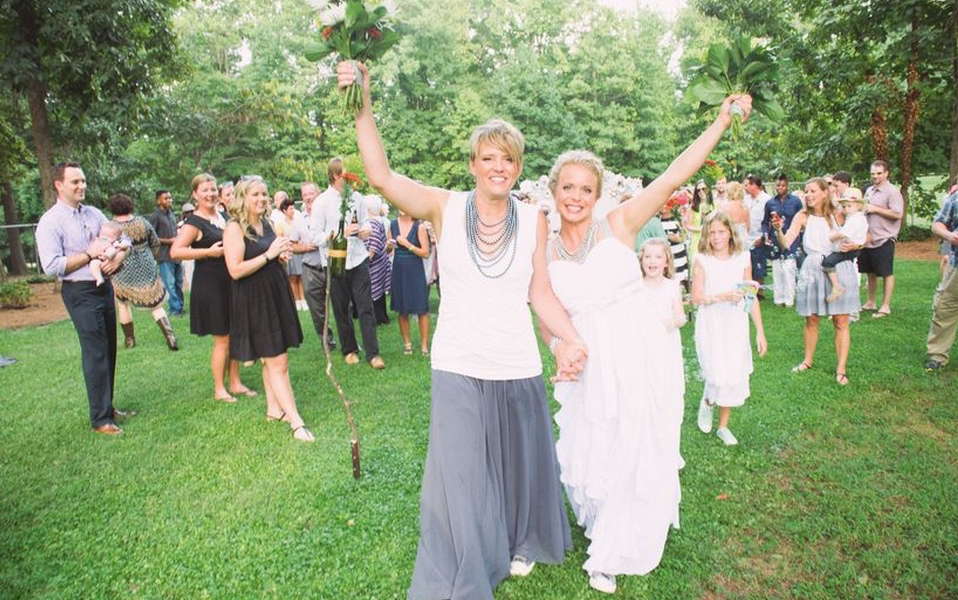 One of our favorite pictures from our wedding at our house on Sept. 6th, 2014 – Chelsea Strickland. 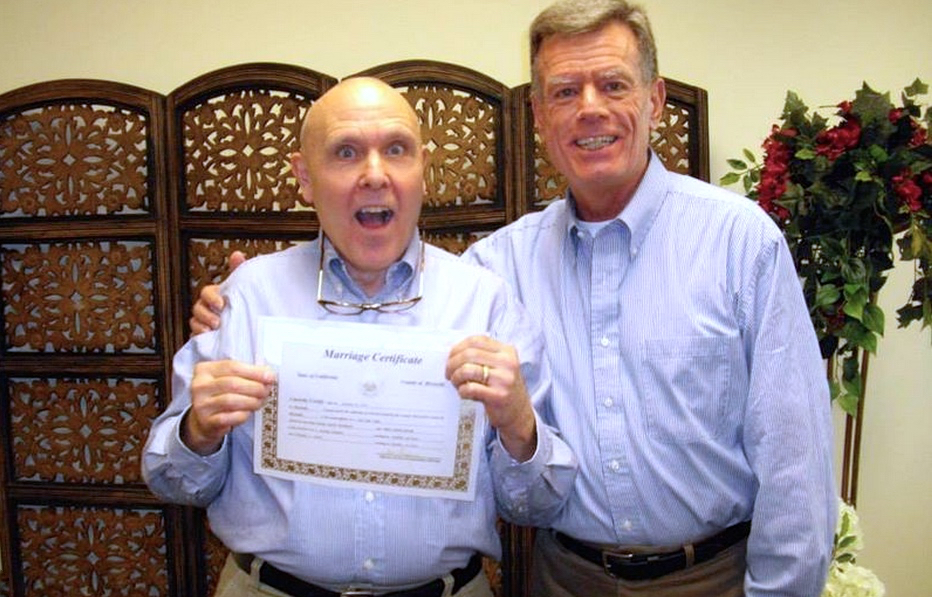 Thomas Westbrook and Henry Batten of Atlanta were married on January 23, 2014 in a civil ceremony in Palm Desert, CA. 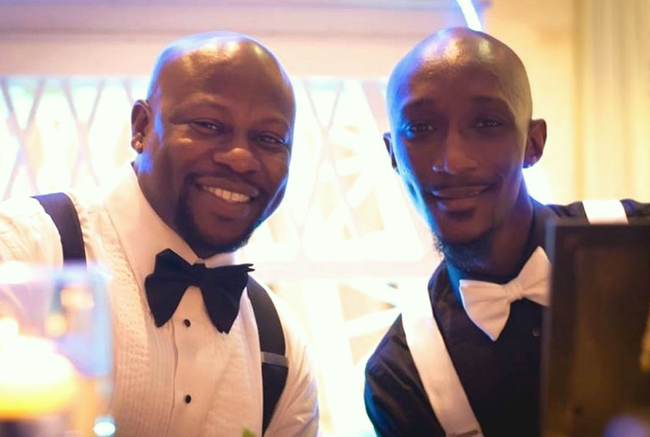 Robert Fusi and I getting married in Honolulu, Hawaii back on June 21st, 2014  – Ricardo Corporan