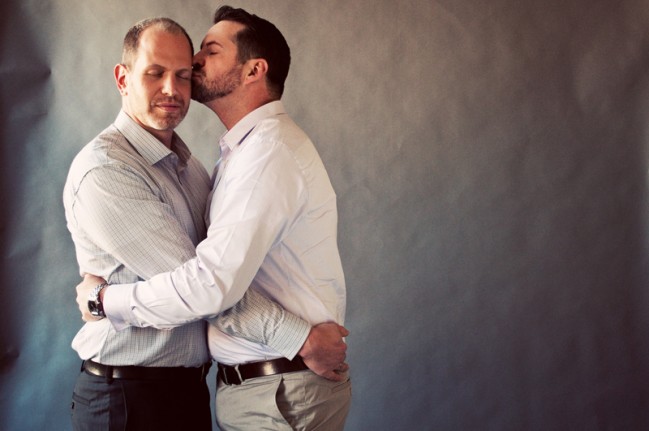 READ MORE | Have a ‘Wow’ wedding without the ‘Whoa’ price

Ronnie Mallette and Brent Ferricci tied the knot in high style on Sunday as the hands-down winners of 11Alive’s WOW Wedding contest. It was a big day for the guys, as well as the voters that supported them.

“It was just an amazing experience,” Ferricci says. “Even though the wedding was for us, the big parties of your life aren’t just for you. A lot of people talk about family and friends make it possible, but we definitely wouldn’t have been there without the votes of our families, friends and supporters.”

The event at Buckhead entertainment venue 56 East included a pre-wedding fandango, cocktails on the veranda, an incredible reception and of course the ceremony.

“It was fabulous, fabulous, fabulous,” Mallette exalts. “Each vendor went above and beyond to make our wedding awesome! Everything was customized and was amazing. We only wished we had enough space for everyone that voted for us. However that probably would have put our wedding in the category with the Royal Wedding.”

When word spread that a gay couple was up for the grand prize of a ceremony with all the trimmings, online voters came out in force to click their support of the couple. Despite a touch of anti-gay drama from some voters, Mallette and Ferricci (photo) carried the lead with an average 44 percent of the vote throughout the contest. A last-day surge put them near 58 percent, with the second-place couple trailing at 36 percent, Ferricci says.

The pair had just a week and a half to plan their big day after the announcement of their win, but the team of contest sponsors led by Leah and Mark Photography made it possible, Mallette says.

The couple, together for 11 years before the ceremony, says the wedding was a big step for gay people, even if their nuptials don’t make it legal in Georgia. Winning makes them feel “hopeful” about the future of marriage equality.

“I wish everybody could have the experience we did and have it be legal,” Ferricci agrees. “It made me hopeful. It was overwhelming. Locally even, Georgia has been on the wrong side of history. As people go to more and more of these events, they’re going to see how great it is, and it’ll change. It has to.”

Photo by Leah and Mark