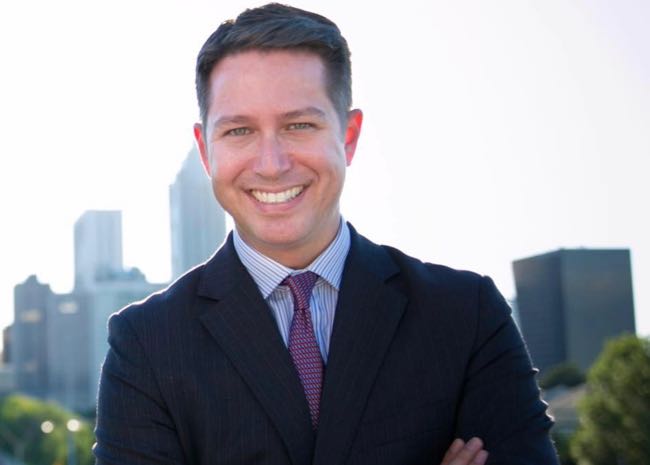 Reese McCranie – a longtime LGBT and Democratic activist, and advisor to Mayor Kasim Reed – launched his campaign for a Fulton County Commission seat, becoming the second gay candidate in the race.

“District 4 is a richly vibrant and diverse community and is the heart of Atlanta,” McCranie said in his campaign announcement.

“We've seen tremendous growth and development over the years, but some communities have been left behind. There is still much work to be done in Atlanta and across Fulton County. Income inequality, the lack of affordable housing, spiking property taxes and the high rates of HIV infection are some of the challenges I will make a priority. I believe we can do better to improve our county services and the lives of our residents,” he added.

McCranie served as media director for Reed's campaign and moved with him to City Hall when he took office in 2009. McCranie was often at the center of navigating Reed's relationship with LGBT residents as the mayor worked through lawsuits over a police raid of the Atlanta Eagle and came out in support of marriage equality in 2012.

In 2013, McCranie was promoted to oversee communications at the Atlanta airport.

The District 4 seat was held by Commissioner Joan Garner, who was the first openly LGBT person elected to the commission. Garner died in April after a long battle with cancer.

McCranie faces gay neighborhood activist Josh McNair in the race. McNair announced his campaign in June. The election is Nov. 7.